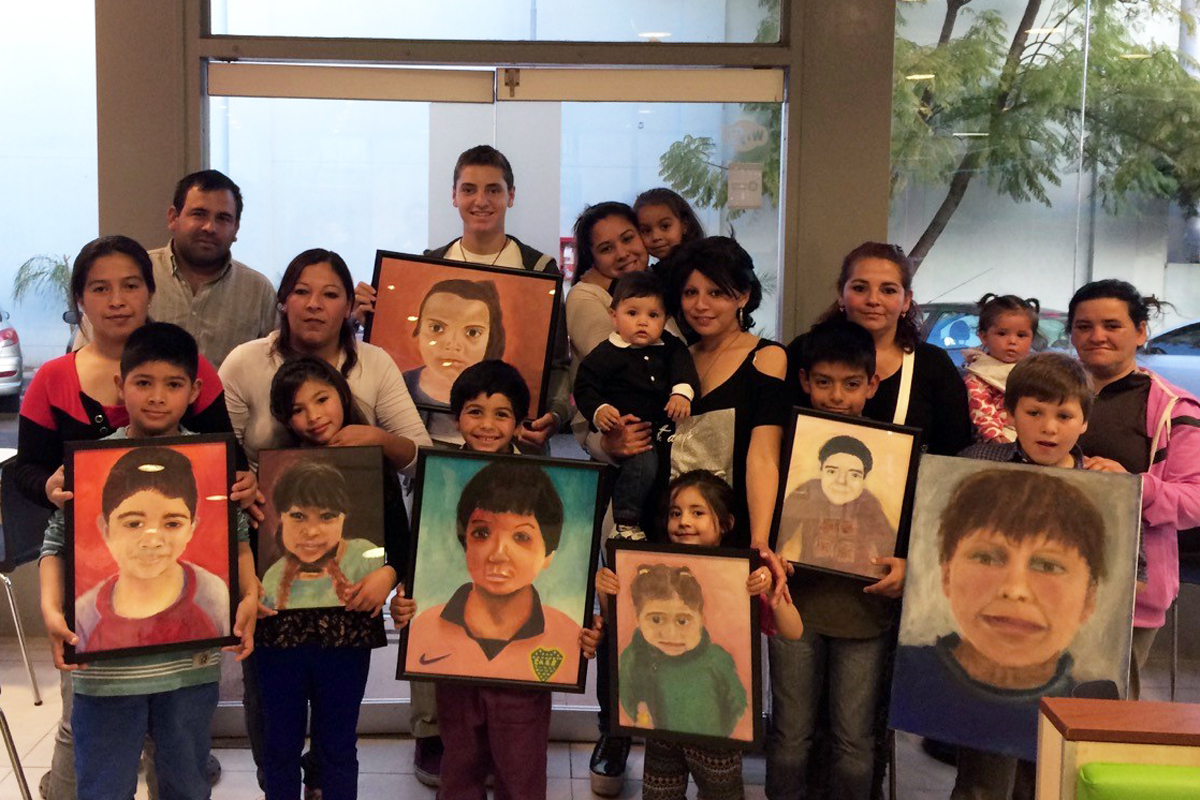 Visual Arts Department Chair Walt Bartman encourages his students to think of art not only as a hobby, a passion, or a medium for creative self-expression, but also as a way to bring joy to others. He has inspired the boys he teaches to think beyond themselves and connect with those in need.

Franco ’16, a talented painter in Bartman’s class, took his teacher’s message to heart when he traveled to his native Argentina in August 2014 to volunteer with Copa de Leche, a program that helps to keep children (ages 3–10) living in poverty off the streets. Franco returned to Landon intent on doing something special for the kids with whom he had bonded. He and fellow Landon artists had painted portraits for HIV+ Kenyan orphans earlier that year, and Franco suggested a similar project to Bartman. 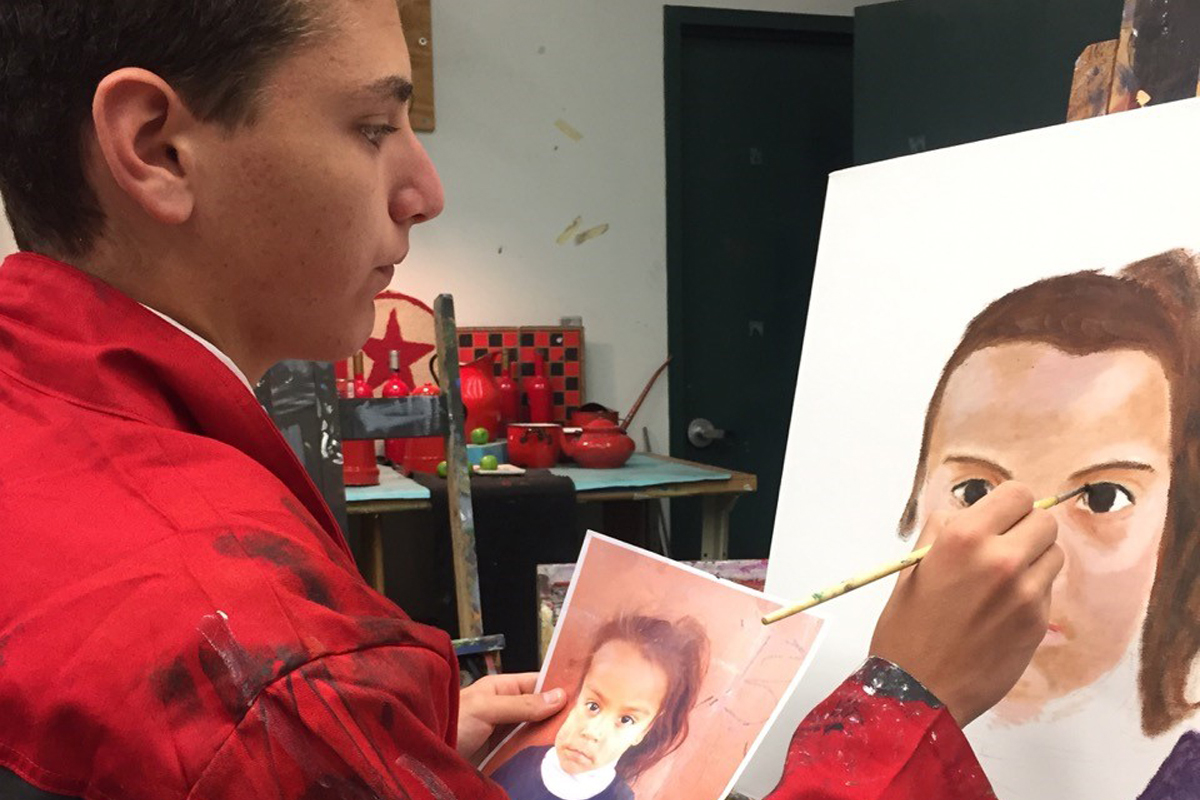 “When I saw the condition of the neighborhood we were in and the stories the little kids told me, I knew that we could do something more to help,” Franco said. “These children range from 3–10 years old, but they are probably already mentally tougher than I am. I took pictures of all the kids to paint portraits of them and promised to come back.”

“Franco did a great job getting the other students together... and sharing stories about the kids with them,” Bartman said. “This was something that felt close to home for Franco. And it was a way for him to use art and his talents to make someone else’s day and life better. It is just another special thing that our boys here are doing. As a department chair, I hope to continue this humanitarian artistic mission that seems to be surfacing again and again and again with our students.” 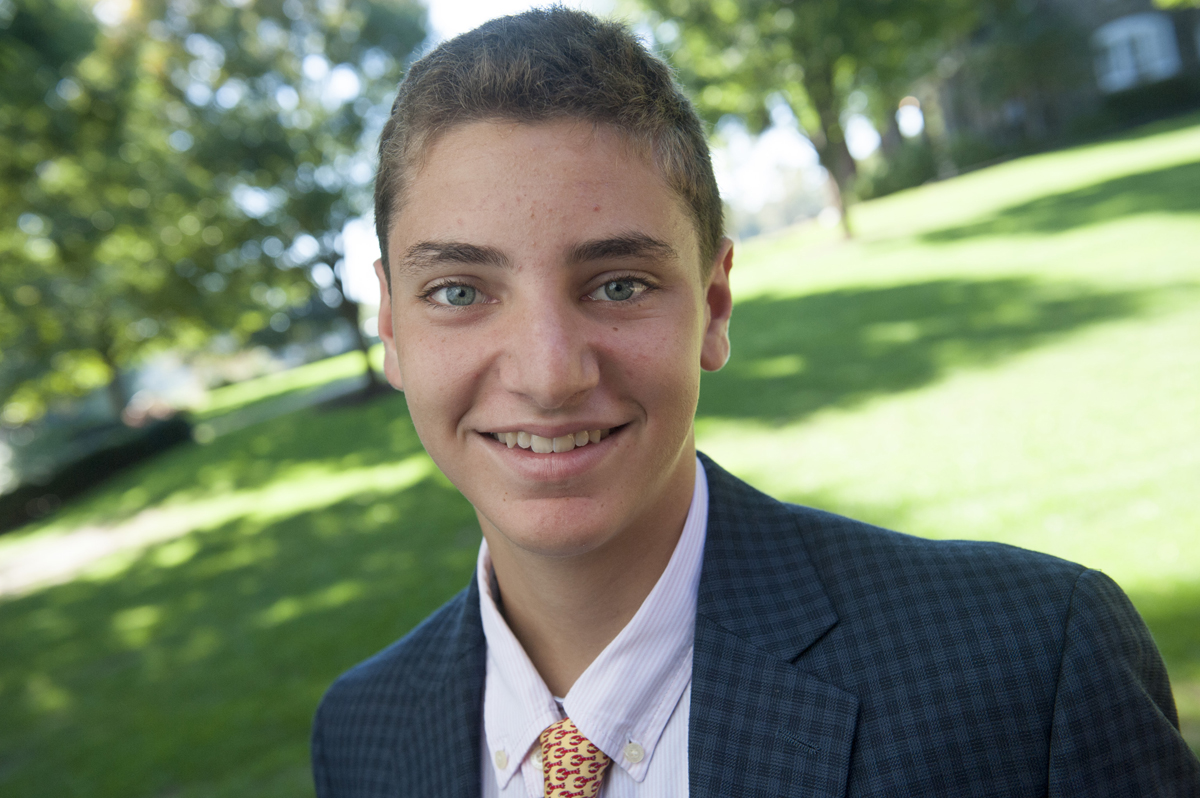 Franco returned to Copa de Leche in August 2015 to deliver the portraits to the children, and he says the experience was unforgettable.

“When we got there, the kids were so happy to see me again, and so was I,” Franco said. “The best part about the visit was to see how their faces lit up when they received the portraits. Their eyes opened really wide and a shy smile would creep across their faces. I was really moved to see how much they cared about our portraits and how much it meant to them. The nicest part about this project was being able to apply what we learned in Mr. Bartman’s class to a real world situation that truly made a difference.”