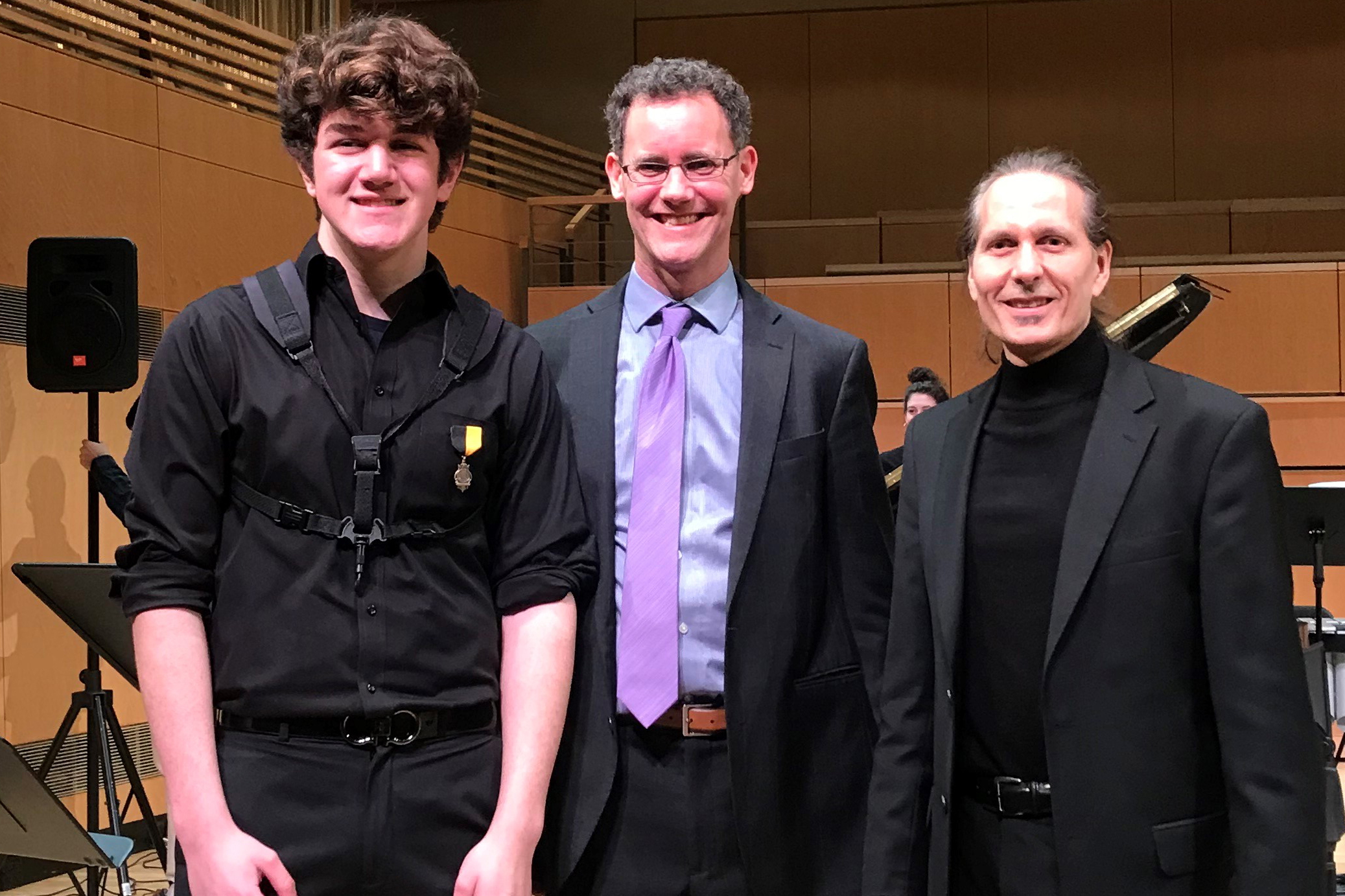 Redjaee was the youngest student chosen to play for this year's 2019 All-State Jazz program directed by Penn State conductor Rick Hirsch (center above), which includes only19 students from public, private and parochial schools statewide. Redjaee spent more than 20 hours rehearsing with the all-state ensemble in the three days leading up to Saturday's concert. He was also selected as a soloist for one of the ensemble's concert selections.

"Being a fan and scholar of jazz, I would say I really pushed myself to audition because of how amazing the opportunity would be," said Redjaee. "Surrounding myself with other like-minded and talented jazz students was an experience that really changed my perspective on music."

Redjaee has studied jazz and improvisation under the direction of Landon adjunct music teacher Joseph Cunliffe (right above) for more than three years.

"I am so proud of Cyrus for his epic weekend experience of jazz music making," said Cunliffe. "He came to our Landon Summer Jazz Clinic before he enrolled as a Landon student. Even at that time, he was ahead of the pack as an alto saxophonist."

Cunliffe said the highlight of Redjaee's performance was a composition in a James Brown funk-style that featured his baritone saxophone skills, in which he took several choruses for an improvised solo.

"Both boys worked tremendously hard to get to this point in their musical journey," said Cunliffe. "Their extraordinary work has brought them success as well as great enjoyment."