Ari '18 wrote this blog about what he learned and experienced at the China Roundtable of Washington, which Landon hosts each winter to promote Chinese and American cultural unity. 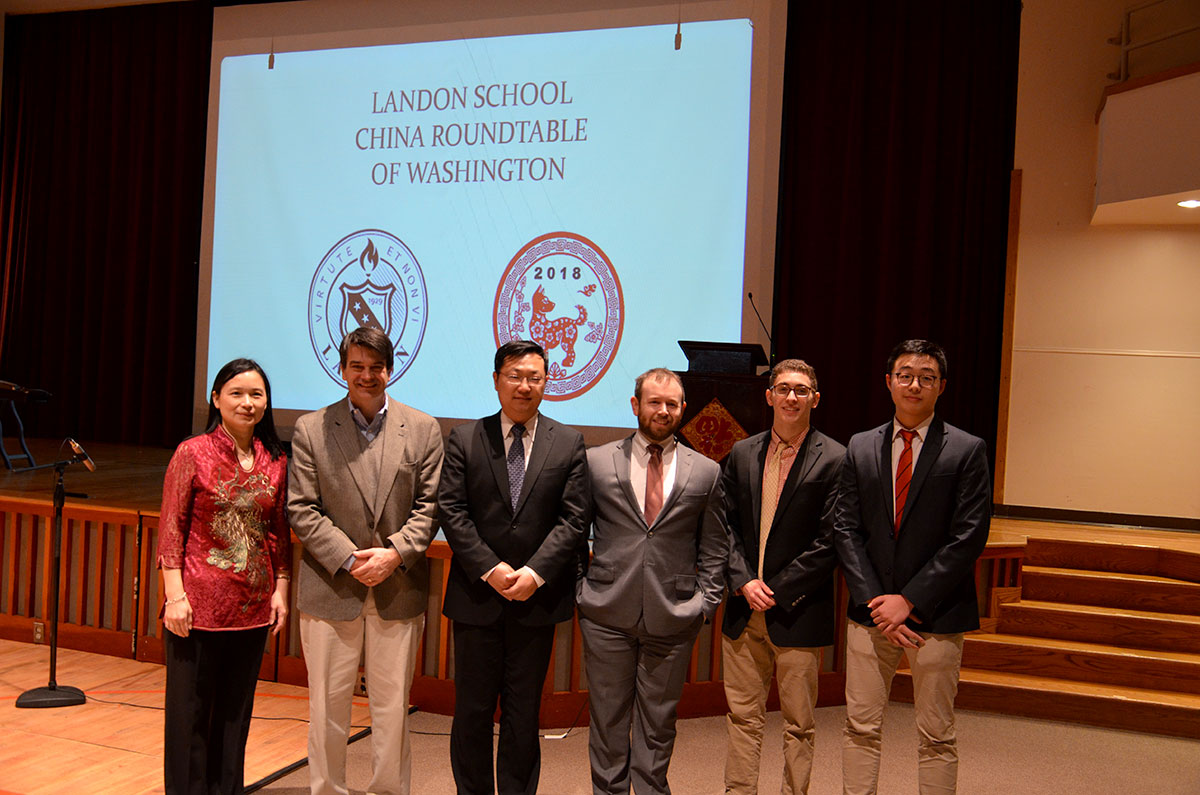 Ari '18 wrote this blog about what he learned and experienced at the China Roundtable of Washington, which Landon hosts each winter. (Pictured above, L to R: Academic advisor Xiaohong Yang Herrle, Headmaster Jim Neill, Roundtable speakers Dr. Jian Pang and Jim Wilson, and Roundtable co-presidents Will King '18 and Yichi Feng '19)

Annually, Landon hosts the China Roundtable of Washington, a cultural, educational event that emphasizes Chinese and American cultural unity. More than 100 people attended this year's China Roundtable, which featured performances by visiting students from Landon's Chinese Scholastic Exchange Program partner schools in Beijing, Chengdu and Shanghai, and speeches by Dr. Jiang Pan, economic counselor at the Chinese Embassy of the United States, and Mr. Jim Wilson, a Foreign Service officer at the U.S. Department of State.

Dr. Pan discussed how integral the relationship between the Chinese and American economies is to global prosperity. Additionally, he cited "preventing and resolving the major economic risks, conducting targeted poverty reduction, and controlling pollution" as the three major domestic goals of the Chinese government. In U.S.-China relations, he cited targeting "trade deficits, job losses, difficulties in accessing the Chinese market, a lack of intellectual property protection, and decreasing the higher import duty in China as compared with the U.S."

It will be interesting to see how China and the United States reconcile their significant cultural differences, especially with China's quickly growing global market share. China's incredible production capabilities, as well as their substantial stake of the U.S. national debt, already allow them to exert immense implicit control over markets.

Mr. Wilson shared his journey as a Chinese student, who purchased his first materials to learn Chinese on a whim after taking the Spanish SAT II. He then studied the language in college, traveling to China for a year abroad, and worked in a Northern Chinese province as a member of the U.S. Foreign Service. For effect, he also added some comical interactions involving mispronounced or misunderstood Chinese. It was refreshing to hear the perspective of an American who had learned Chinese on a whim, but who had, through persistence, achieved mastery. A mastery, for him, so pivotal that he ended up on the China desk of the U.S. Department of State, evidence of his passionate love for the subject. 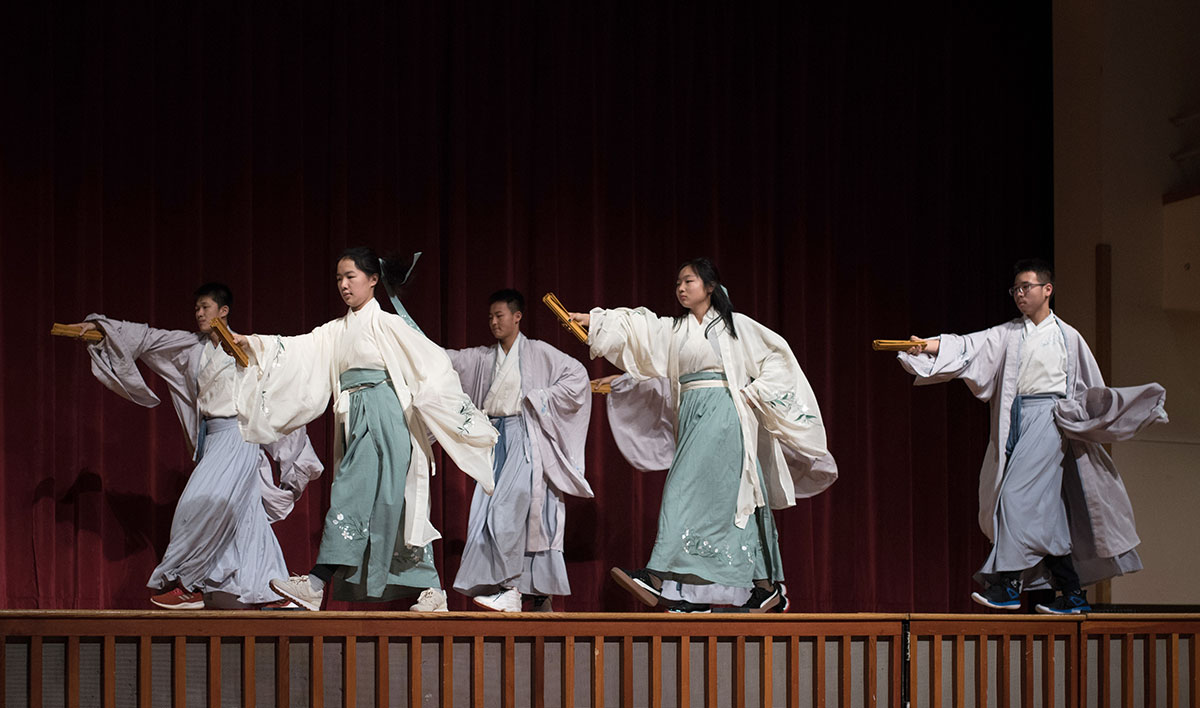 Ms. Xiaohong Yang Herrle — academic advisor to the Roundtable, director of the Chinese Scholastic Exchange Program, and Upper School Chinese teacher — describes the goal of the Roundtable thusly: "to promote U.S.-China relations and enhance cross-cultural understanding between people in the two nations."

After four years of China Roundtables and two years of hosting Chinese exchange students, I can attest to the essential nature of events such as this in encouraging that understanding. The Chinese culture differs so fundamentally from our own, especially when it comes to values and even cognitive processes. With the now globally interconnected nature of humanity, to me it seems that cultural understanding is essential to the commonly used buzz-phrase "collective humanity." Hopefully, this understanding will foster unity when our generation claims the so-called societal helm to turn turbulent waters into placid and prosperous ones.