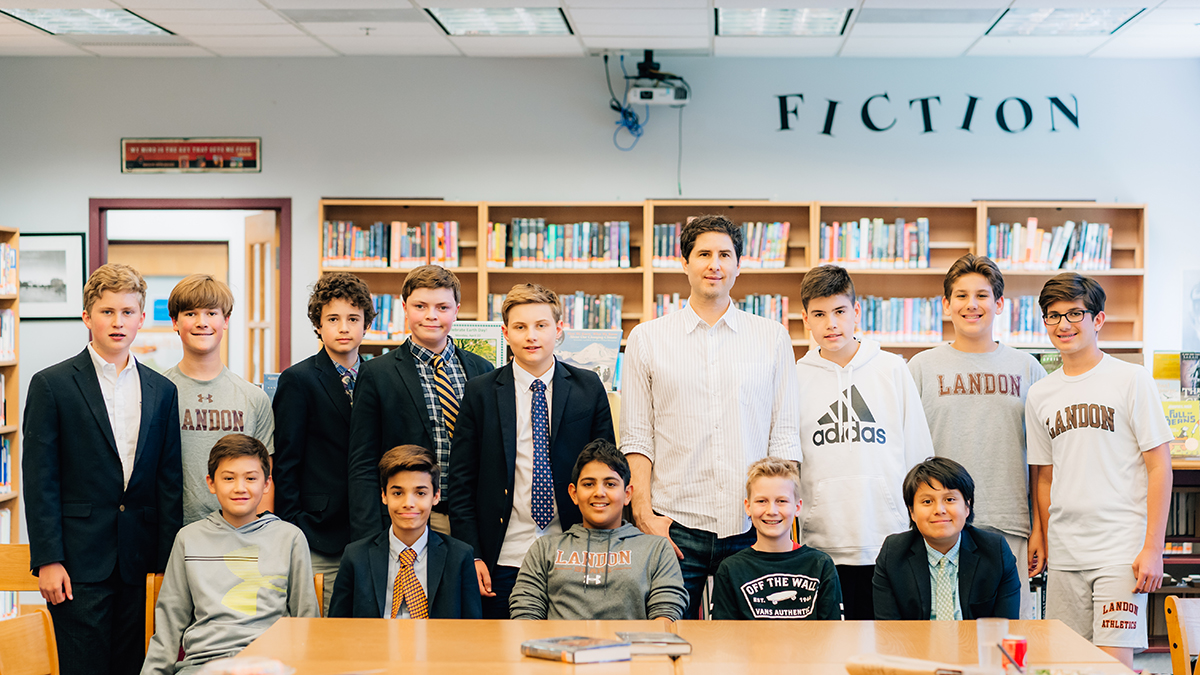 Award-winning author Matt de la Peña spoke to our Middle School students and teachers to explain how persistence and determination helped him overcome adversity in a U.S. border town and how that upbringing inspired his young adult series.

"Matt used to think that it was his poverty that held him back. Rather, it was poverty that freed him from competing with others," said Middle School English Teacher Jamie Sorge. "Poverty created no expectations of the person Matt would or should become."

De la Peña admitted that his path to professional writing was an unlikely one.

"When I got to college, I could pursue what I wanted to do for a living based on what I'd like to do, as opposed to who I would impress," de la Peña said during the assembly. "This was the first time I had a goal. And I honestly believe that having a goal can change your life even if you don't achieve the goal." 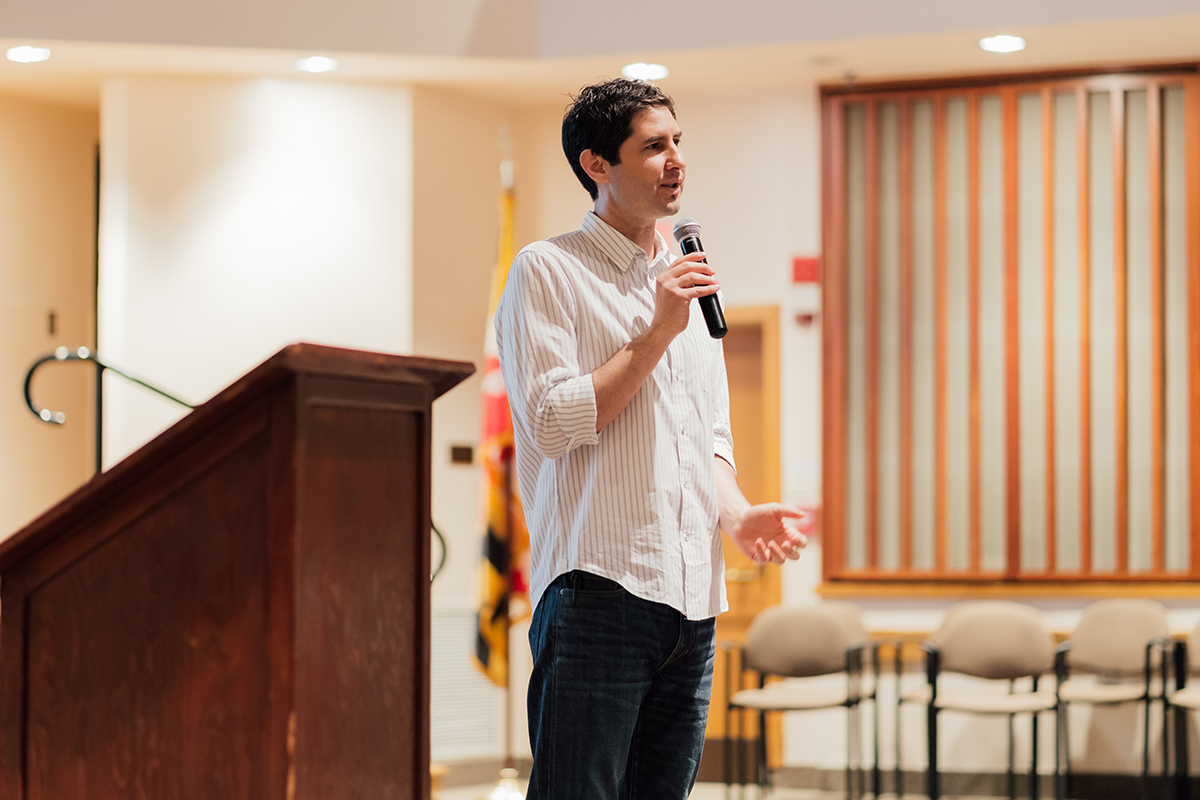 De la Peña also spoke about the challenges of being a writer, including the hard work that goes into finishing a book.

"(He spoke about) having to write 104 drafts of a book," said Quinn '23. "After hearing that, I felt like the next time I encounter a problem, I shouldn't give up and persist though the difficulty."