Hajj Turner, who most recently served as the associate head coach of the men's team at George Washington University, has been chosen as Landon's new head varsity basketball coach. 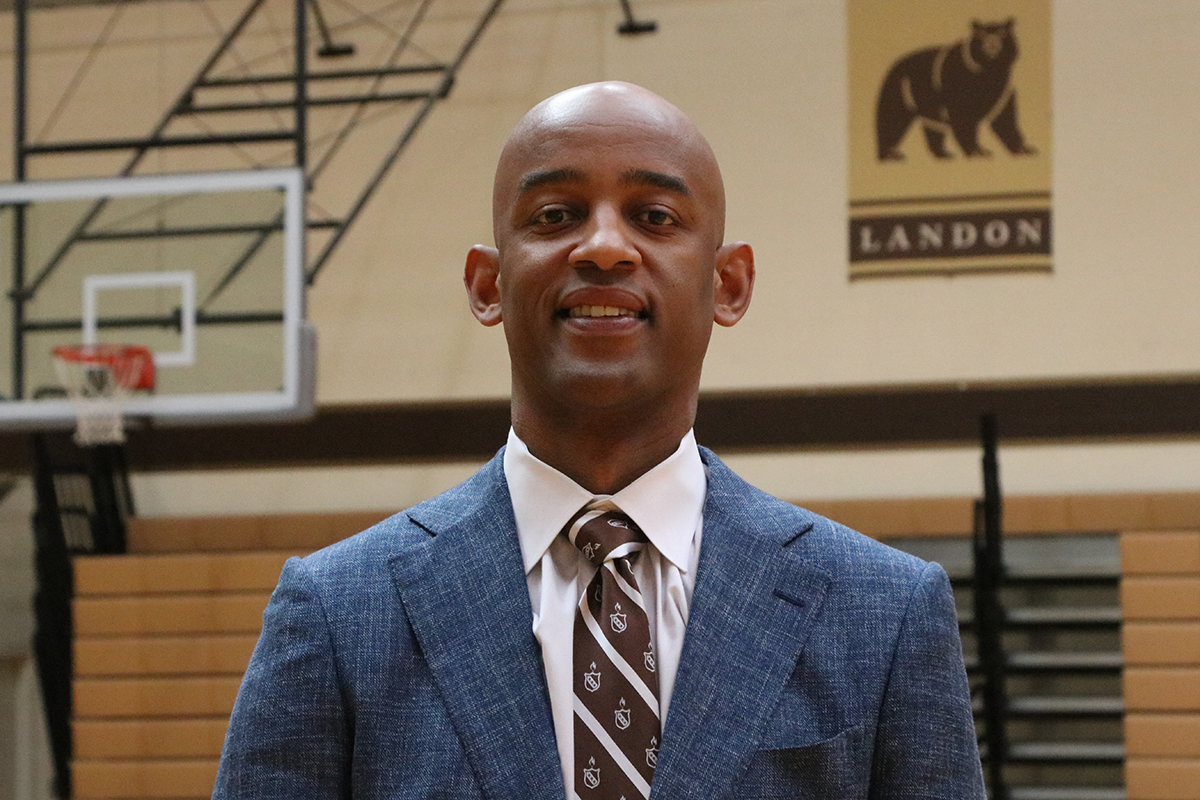 Landon has a new leader for its basketball program following a nationwide search. Hajj Turner, who most recently served as the associate head coach of the men's team at George Washington University (GWU), has been chosen as Landon's new head varsity basketball coach.

Turner joins the Bears after eight seasons with the Colonials. At GWU, he helped lead the team to four consecutive 20 plus win seasons, a bid to the NCAA tournament, and a National Invitation Tournament (NIT) championship with Joe McDonald '12. Turner also played Division I basketball as a forward and team captain at the University of Louisville and had the opportunity to take the court for coaches Denny Crum and Rick Pitino.

Prior to his work at GWU, Turner spent six seasons on the coaching staff at the University of Vermont (UVM) including one as the associate head men's basketball coach. UVM compiled a 126-68 record during that time, including one bid to the NCAA tournament and two bids to the NIT. Turner and his Catamount colleagues earned two coaching staff of the year awards.

Turner also worked at the University of Maryland for two years as the assistant director and men's basketball coordinator of the school's academic support and career development unit. Turner recruited, coached, and helped develop three NBA players and others who went on to professional careers overseas.

He has also focused on mentoring student-athletes throughout his career, including serving as liaison to the academic coordinator at GWU and UVM and assisting with community service and career development programming.

"My family and I are extremely excited to be part of a community with such a great academic and athletic history," said Turner, a Charlottesville, VA native who has a daughter and two sons with his wife, Vivian. "I can't wait to hit the ground running!"

"As our committee identified what it wanted in our next head coach, we discussed that person being a strong role model for the boys, an excellent educator on and off the court, and a leader with a clear vision for developing young men," said Brady. "In Hajj, we feel like we hit the jackpot in all those areas."

Turner will also serve as a Lower School social studies teacher. He succeeds Interim Head Coach Charles Harley, who will continue his work at Landon as an assistant to the Athletics Director and with both the football and basketball programs.