Dr. Mark Bergel, whose organization A Wider Circle seeks to end poverty, spoke to students and faculty as the keynote speaker of the Brinkley Lecture Series. The series provides an opportunity for the boys to hear from leaders in the academic, ethical, philanthropic, and political worlds.

"Our lives don't end at our fingertips. When people get involved, lives change."

That was the powerful message from A Wider Circle founder Dr. Mark Bergel to the Upper School on February 1. Bergel, whose organization seeks to end poverty, spoke to students and faculty as the keynote speaker of the Brinkley Lecture Series, which provides an opportunity for the boys to hear from leaders in the academic, ethical, philanthropic, and political worlds.

Bergel spoke about how he had encountered residents of an apartment complex, many of whom had less than 10 possessions in all. They often lacked furniture, utensils, and clothes beyond what they wore. (The U.S. Census Bureau says that more than 12 percent of Americans live in poverty. That means a family of four has an annual income of $25,000 or less.)

Bergel called poverty the greatest social crisis in the country and explained the number one reason people live in poverty is that they are born into it. He asked the boys to go home and survey their possessions, not make them feel guilty about them, but rather to empower them to act.

"People say we will never end poverty... Surprise them," he said. "You are powerful beings. What you should feel is there is something more I can do." 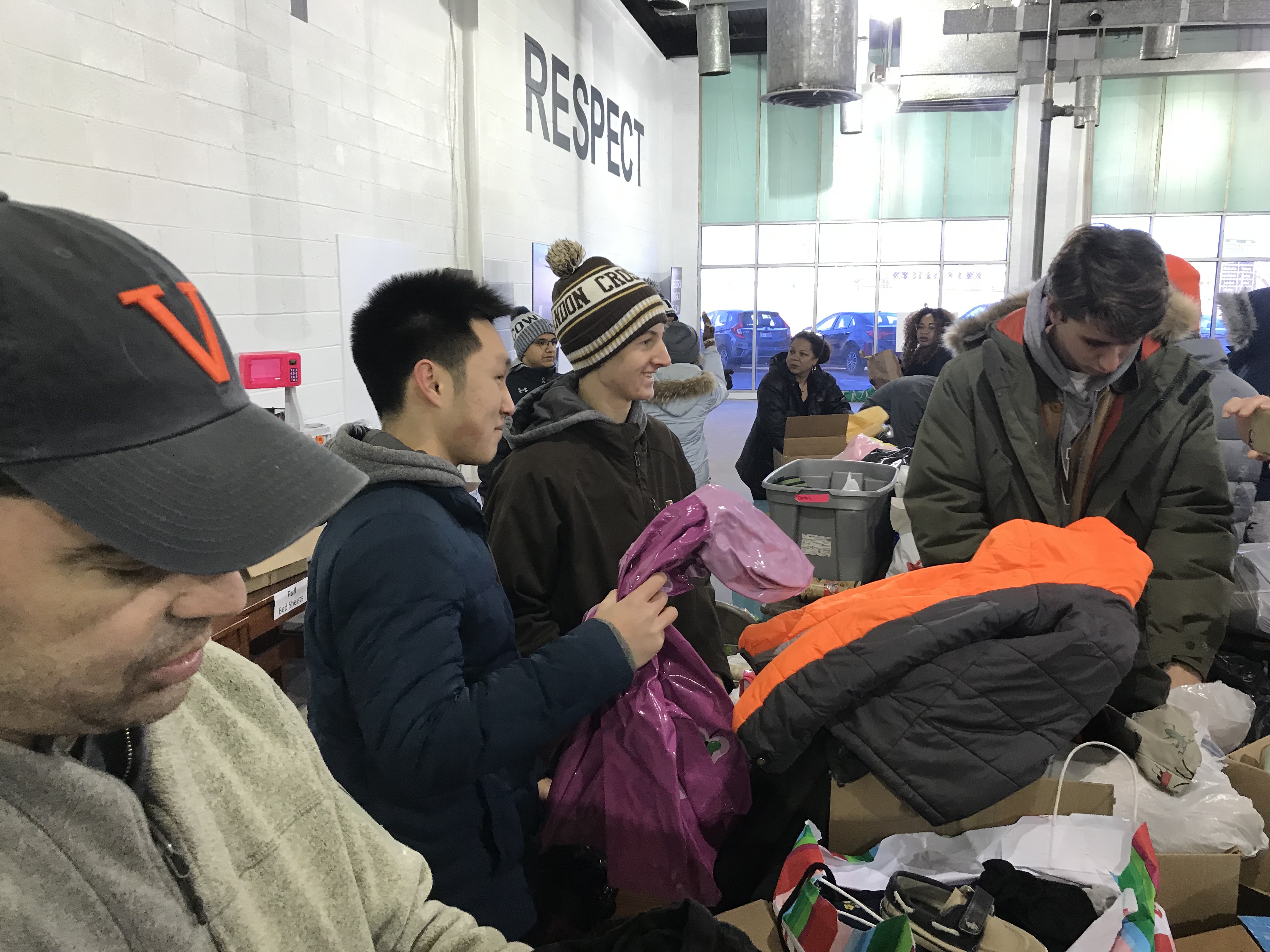 Bergel also thanked the boys, faculty and families who spent the One Landon Day MLK Day of Service volunteering to sort donations, restock showrooms and assist clients at the Wider Circle warehouse in Silver Spring, Maryland on January 21.

"Poverty is not intractable, what is intractable is our response to it," said Bergel. "We care about people but we don't care enough...We restrict our love for those who are nearest to us. So people often stay in poverty." If we understand their suffering and have true sympathy, we will get more involved in their plight, he added.

"When you look at people in the eye long enough, you can't look away and not care," Bergal said.

Bergel earned a B.A. from Northwestern University and went on to receive advanced degrees from American University. He has also been named a "CNN Hero," "Washingtonian of the Year," and one of People Magazine's "All-Stars Among Us," for his work to end poverty.

The Brinkley Lecture Series is named for Dr. Alan Brinkley '67, a renowned historian, author and educator.