Shawn Powell '21 talks about his quick rise from armature to expert in the challenging world of competitive acrobatic gymnastics. 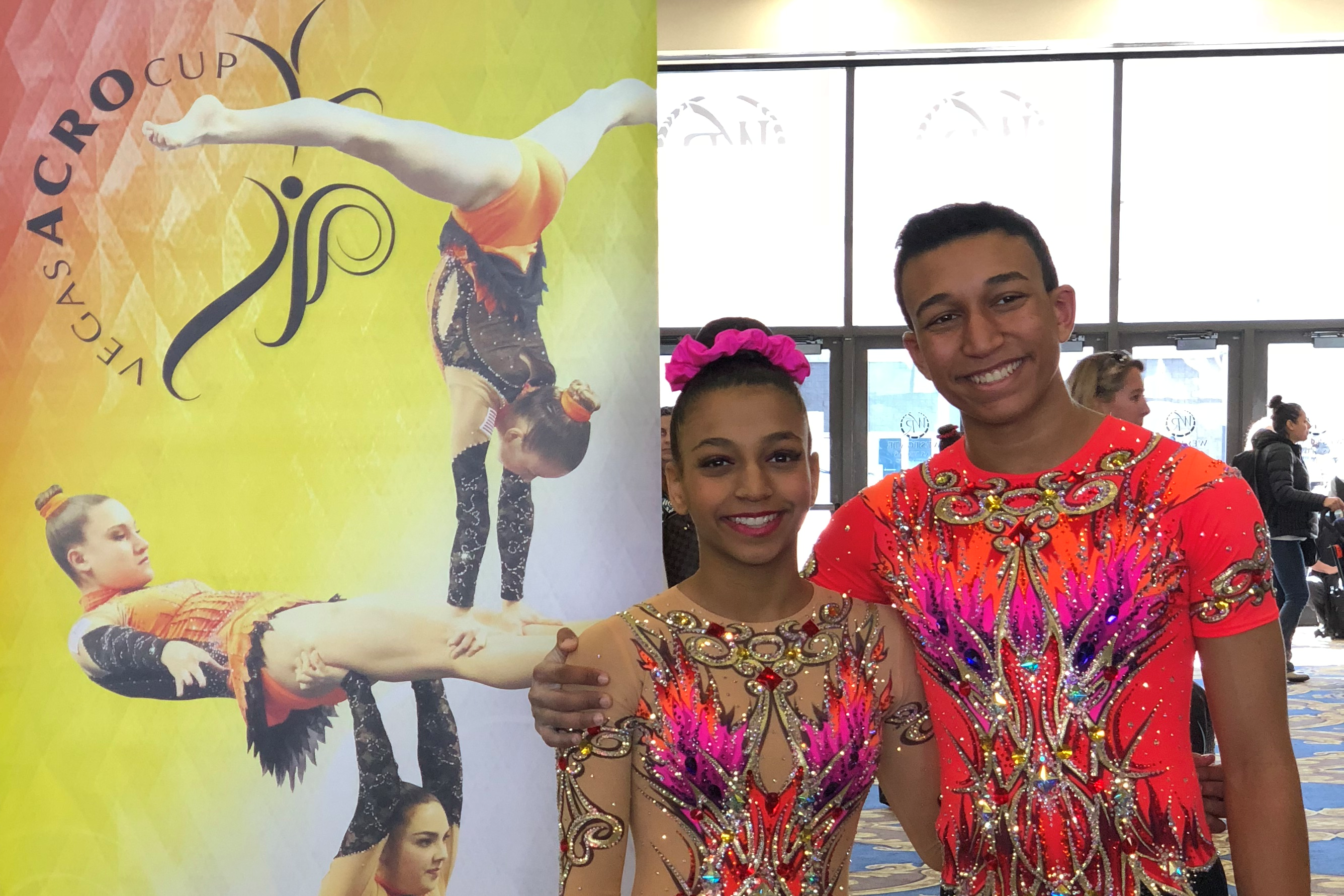 When Shawn Powell '21 stepped off the mat at the USA Sports Acrobatic Championships last year, he hadn't even finished his first year in competitive acrobatic gymnastics – but he went home with gold.

Shawn's quick rise began when his sister, Nicole, needed a new partner. He decided he could help her, so he started practicing seven days a week, began a rigorous strength training program, and learned the ins-and-outs of acrobatic gymnastics.

"The training was tough. There were days where my body hurt so much that I would get cramps just by standing up straight," said Shawn, adding that his sister has an infectious drive and dedication to the sport that has inspired him to give his full effort. "The dedication it took to start (gymnastics) was a lot, but I always try to keep improving for her." 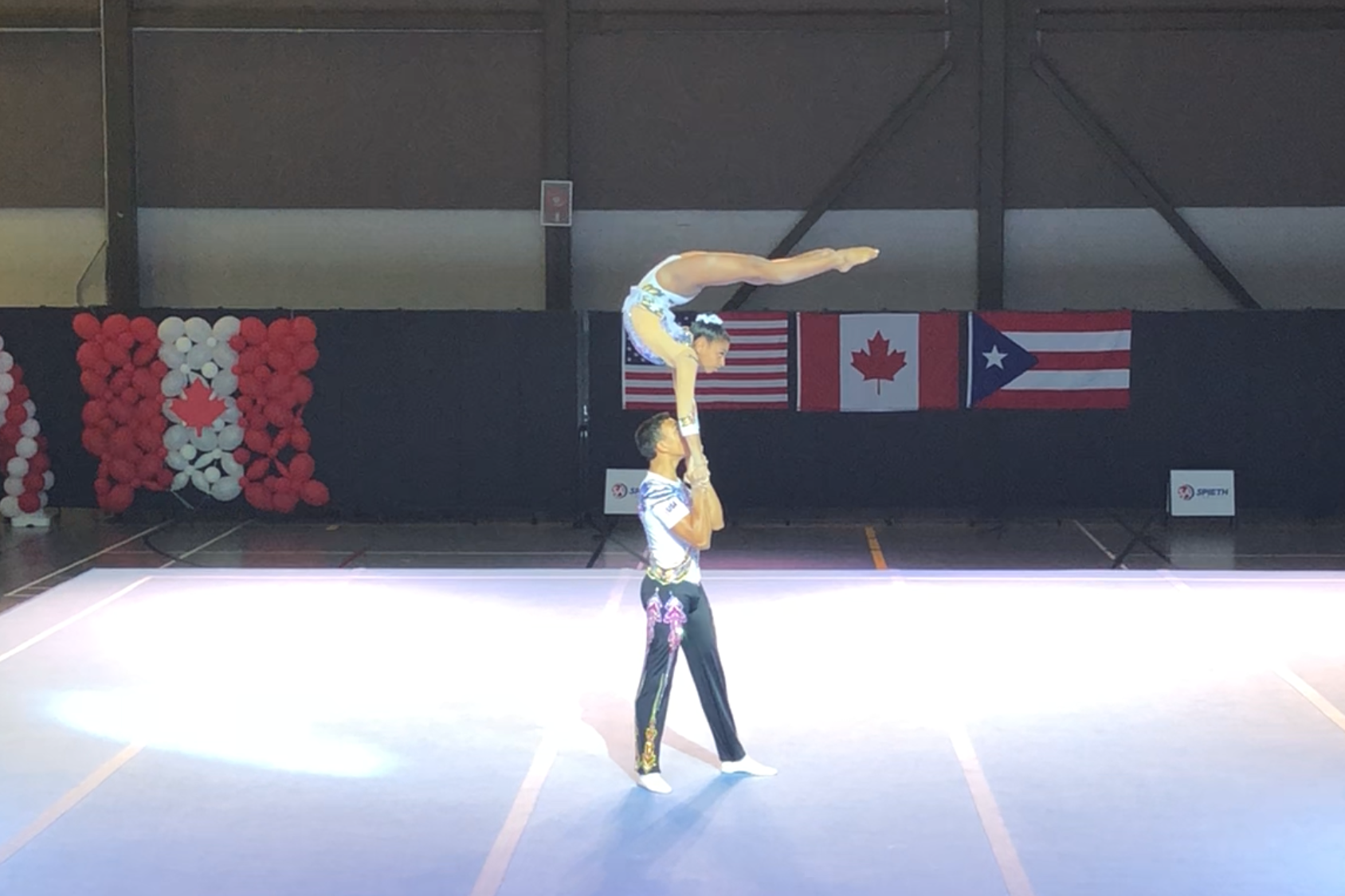 In just a year and a half, Shawn and his sister have traveled to several competitions around North America, including the national championship in North Carolina where the pair placed first in its age group.

Shawn says competing in acrobatic gymnastics taught him how important it is to have confidence in yourself.

"At my first competition, there were only 50 people there, but I was so nervous," said Shawn. "But as the season went on, I started competing more and felt more comfortable. Now I feel like I can get up and give a speech or perform."

"He's incredibly self-motivated and such a hard worker," said Mr. Callahan. "Taking challenging honors courses and, to his credit, keeping on top of the workload along with [his gymnastics practices and travel competitions]."

Shawn plans on pursuing acrobatic gymnastics throughout his high school career. Nicole and Shawn have their next competition in Rockville, Maryland on March 31.