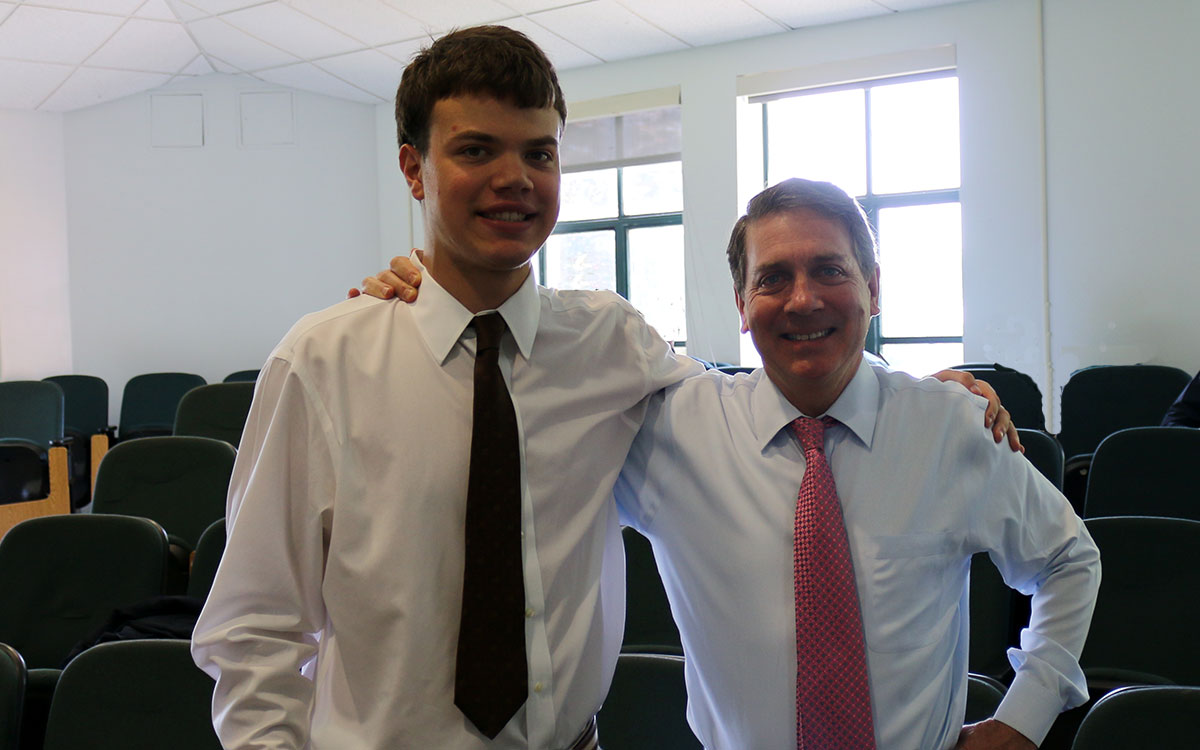 Logan '16 was in sixth grade English class when he first sensed his calling. "Snowmaggedon" was barreling toward the metro area, and Logan (above left) was locked in a fierce but friendly debate with a classmate over how much snow would shroud Bethesda. "I plotted out the hour-by-hour and day-by-day forecast for how much would fall. I predicted 16 or 17 inches, and I nailed it," Logan recalled. "That's when I knew I wanted to be a meteorologist someday."

Logan went on to found the Landon Meteorology Club and has made quite a name for himself on campus as an avid (and often accurate) predictor of the weather. This spring, for his capstone Independent Senior Project (ISP) — which requires seniors to conceive of and execute a unique assignment and then deliver a presentation on what they learned — Logan landed his dream internship working with WUSA9 Chief Meteorologist Topper Shutt (above right), a 1977 graduate of Landon.

Five days a week, five hours a day for the month of May, Logan shadowed Shutt, famous for this "three-degree guarantee," and saw for the first time everything that goes into being an on-air meteorologist.

"I learned so much," Logan said. "The cool thing is how many things Topper does. He looks at the models and then makes up in his mind what the forecast is going to be — that's the scientist part — but he's also a writer, a graphic designer, a producer and a broadcaster."

Logan said the experience has further solidified his dream of becoming a meteorologist. He will study meteorology and sports marketing or business at Fairfield University in the fall and plans to go on to a graduate program in meteorology afterward. 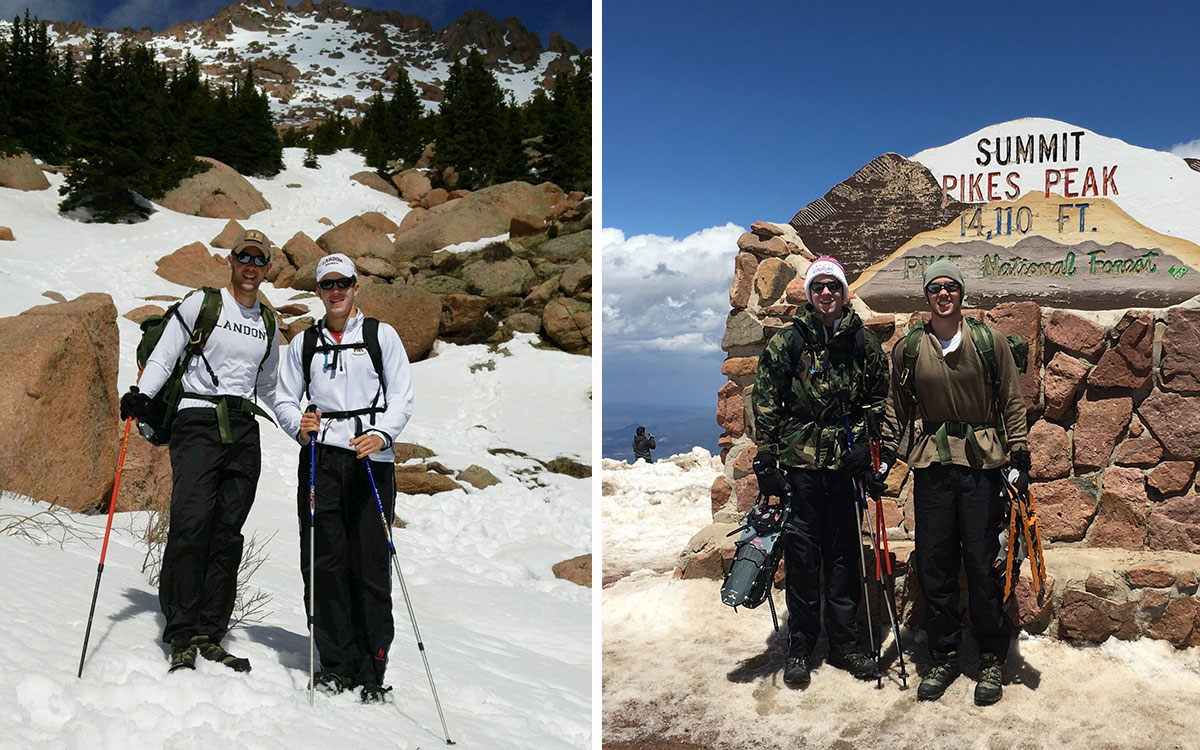 Logan's classmates also pursued worthwhile endeavors for their ISPs. For example, Brian and his brother Eric '12 learned about perseverance and teamwork when they climbed 14,110 feet to the top of Pikes Peak in the Rocky Mountains. 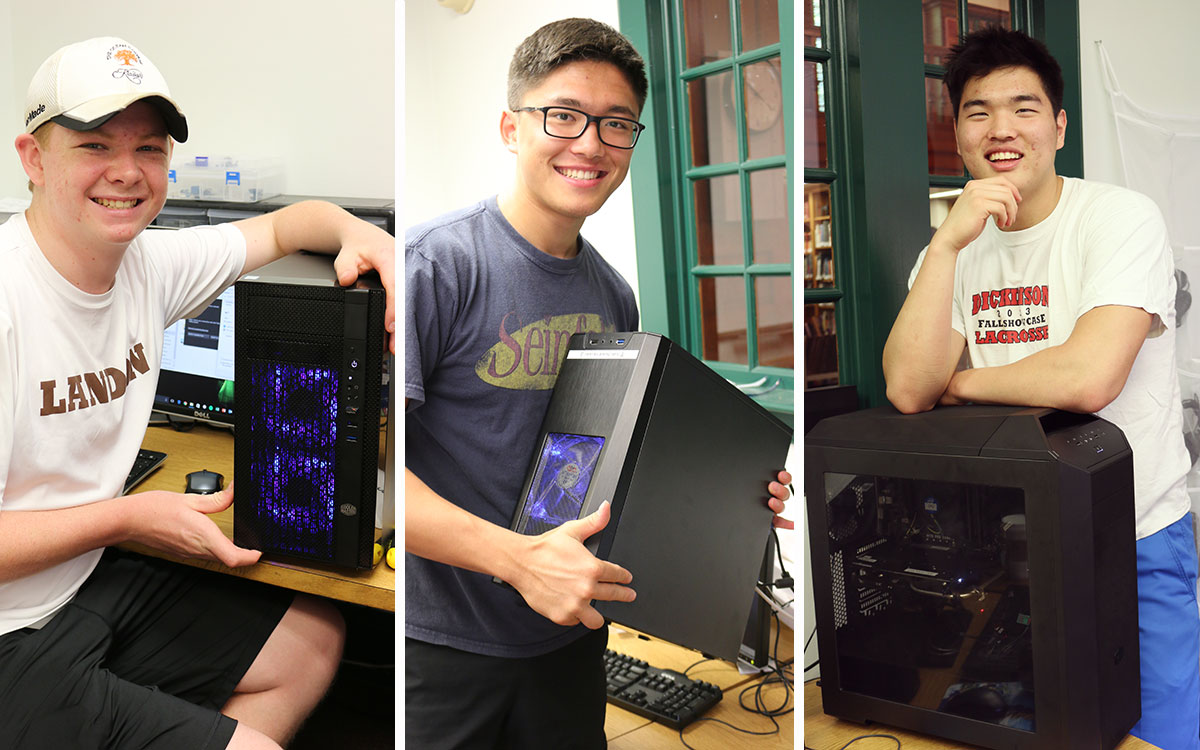 Jared, Jantay and Derek employed their engineering prowess to build computers from scratch using a 3-D printer and — because they had extra time — develop their own virtual reality videogame. 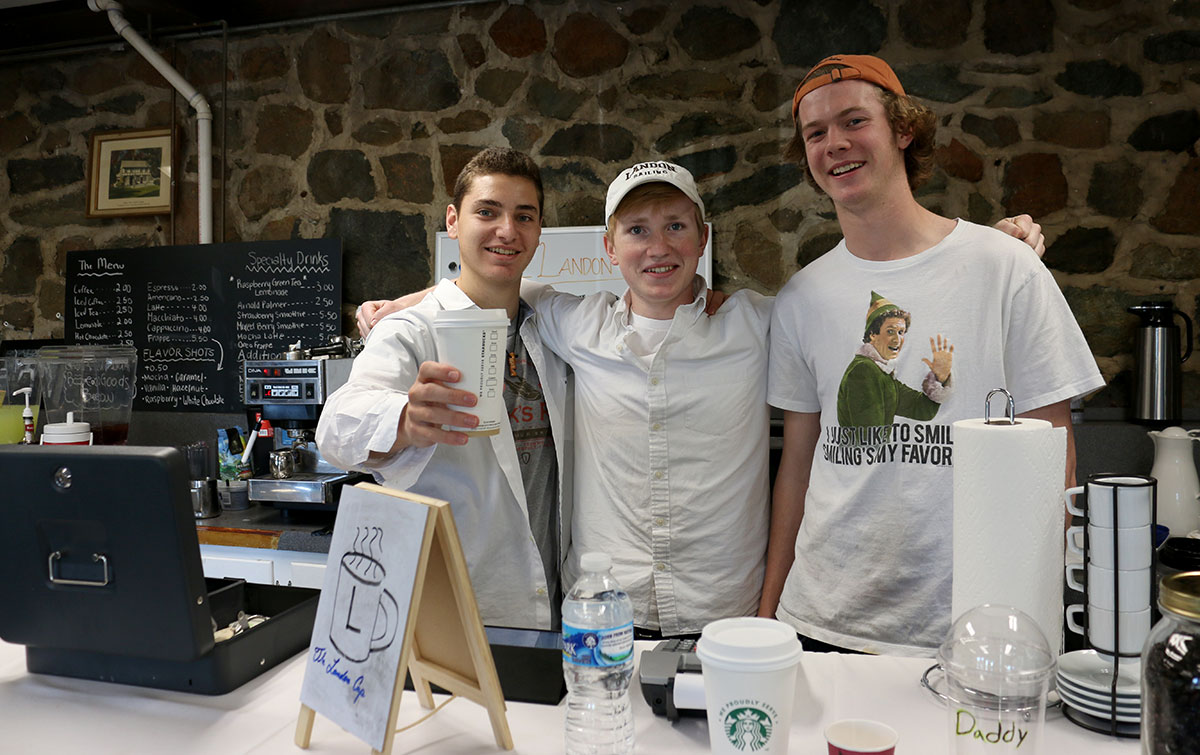 Franco, Jack, Ben and Andrew discovered the sweat equity and skills required to operate a small business when they opened their own on-campus coffee shop, the Landon Cup. They also discovered that success is even sweeter if it positively affects the lives of others when they donated the entirety of their $3,500 in profits to the St. Jude Children's Research Hospital.

Logan's big takeaway from his ISP was similar. "Weather impacts everyone, it affects their plans," he said. "I feel like I can help people by forecasting weather."