Beverly Sivaslian is an Upper School chemistry teacher who attended a workshop this winter on a new teaching approach called Argument Driven Inquiry (ADI). In this blog, Sivaslian describes the approach, how it effectively develops students' critical thinking and writing skills, and how she put it to work in her chemistry classes. 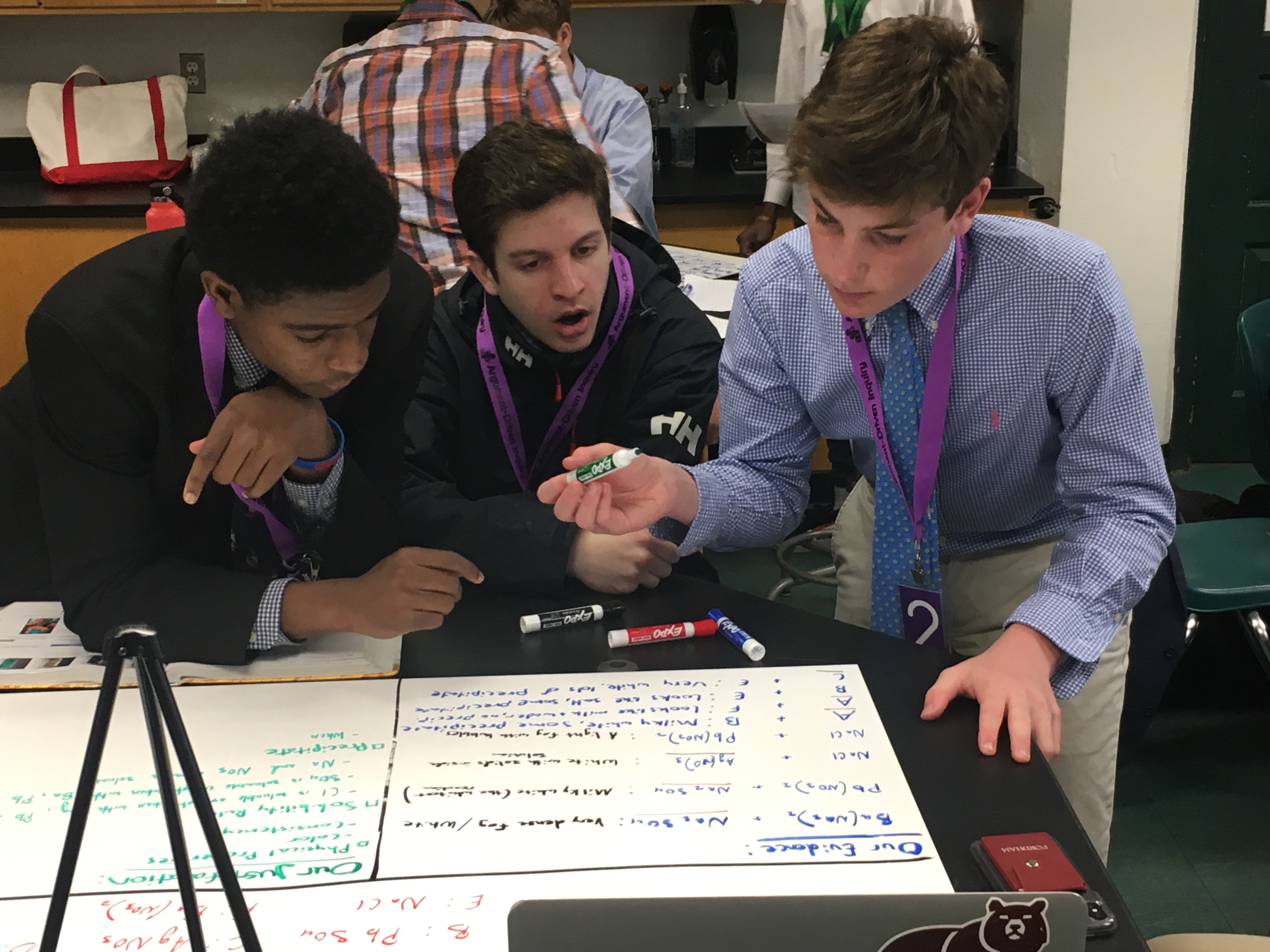 Beverly Sivaslian is an Upper School chemistry teacher who attended a workshop this winter on a new teaching approach called Argument Driven Inquiry (ADI). Upper School physics teacher Blair Northcott, who learned about the method at another conference, has been using aspects of ADI with his Landon students. In this blog, Sivaslian describes the approach, how it effectively develops students' critical thinking and writing skills, and how she put it to work in her chemistry classes.

The ADI framework allows students to carry out more authentic, personalized science investigations. For those of you who remember your own science classes growing up, traditional labs often have a "cookbook" or prescribed approach to investigations.

ADI labs allow students the freedom to design their own experiments, collect and analyze data they decide is important, develop their own models to interpret evidence, and generate a compelling argument that best supports their claim.

What I learned from this approach after implementing it in my classes is that following a traditional lab is a lot less strenuous for the students. ADI puts the responsibility on the students to think and learn directly. 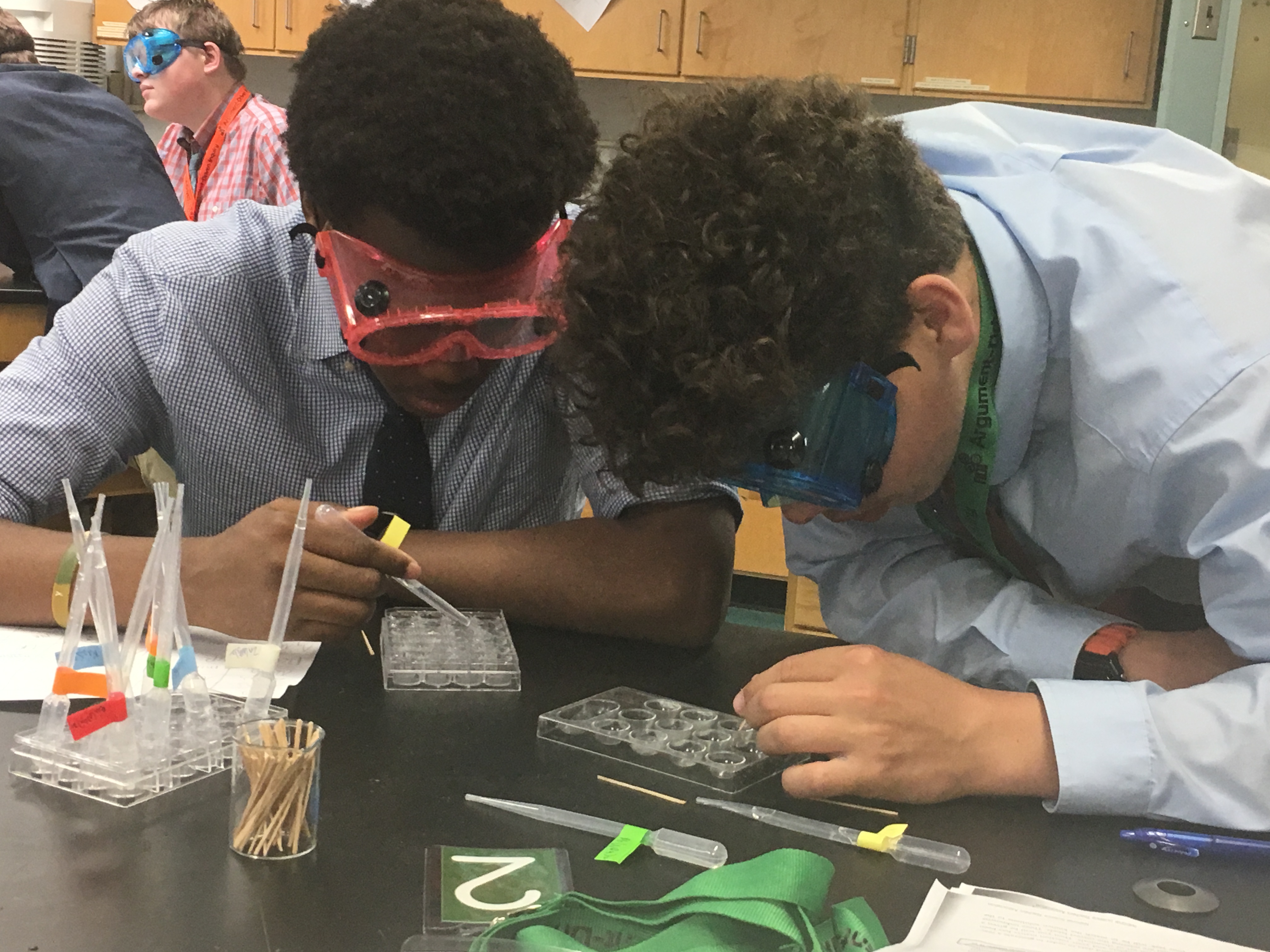 I tested out this teaching method in my chemistry classes. The conceptual chemistry students conducted an investigation into the factors that affect the rate of dissolution of a salt. In my other chemistry class, the students identified six unknown aqueous chemicals.

In each class, the students were tasked with creating the most scientific approach to answering their guiding questions. They determined what data to collect, how often to collect the data, and how they were going to analyze the data.

After the students performed the investigation, they used large whiteboards to present their answer to the guiding question (their claim), present and interpret the evidence to support their claim, and the science concepts they used to justify their evidence. The lab groups were then split up and given the opportunity to critique each other's arguments while keeping in mind the factors that make science experiments more scientific – such as having a control group or performing multiple trials to ensure reproducibility. 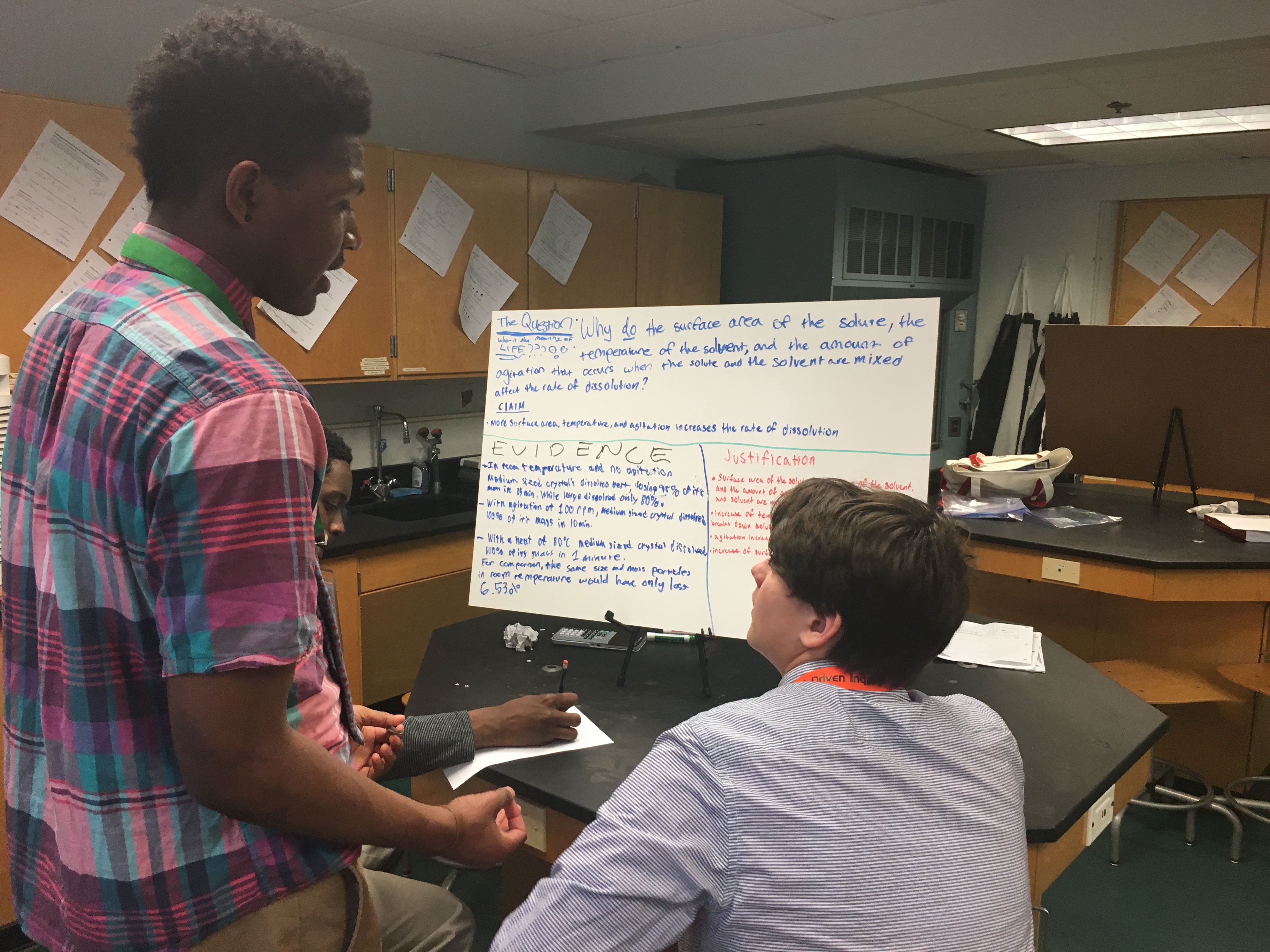 Once the initial argument was presented and critiqued by their classmates, each individual student then wrote a two-page investigation report detailing their argument. During the next class period, each group of three students was asked to perform a double-blind peer review of three of their classmate's papers. One of the goals of the peer review was to help improve a classmate's writing.

Another benefit of the peer review was that each student reviewed several other papers – some with strong arguments and others with arguments that needed improvement. Each student then had the opportunity to improve his own paper by incorporating some of the best ideas and approaches from peer papers before submitting his final report.

Since much of the learning was driven by the students, it allowed them to think critically and deeply about a science topic. Admittedly, some students expressed a little discomfort initially with the new framework, and it was definitely outside my comfort zone as well. However, the students did agree that writing the ADI investigation report was much easier than a traditional formal lab report and that with additional practice their ADI reports would definitely improve.

We expect to find more opportunities to train Landon's science faculty at all levels in this new approach. There are already materials for biology, chemistry, physics, life science, earth science, and physical science, and others are in the works: elementary science education, engineering, and some math classes.