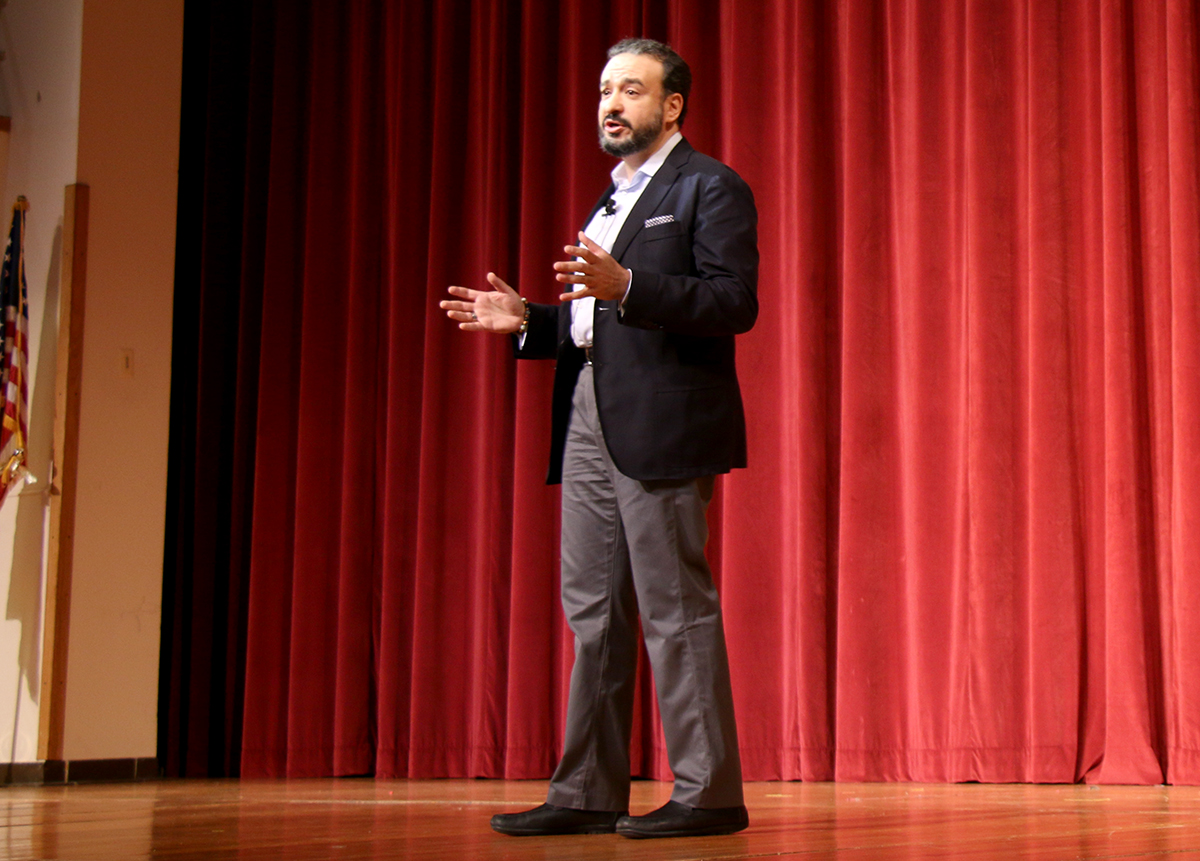 Dr. Tarek Elgawhary '97 was in his first year of medical school when terrorists attacked the United States on September 11, 2001. As Elgawhary told students and faculty at Landon's Boiardi Forum for Ethical Reflection May 17, he realized almost immediately that everything he held true had changed — and that he was not doing what he was meant to do.

Elgawhary left medical school and — as Upper School teacher Ian Healy '00 noted in introducing Elgawhary — dedicated his life to "teaching communities and people to heal around the things that so easily divide us." Elgawhary has done this as communications director for the former grand mufti of Egypt (a high-ranking Muslim official) and as CEO of the nonprofit Coexist Foundation, an organization dedicated to fostering unity in societies around the globe torn apart by differences of race, religion, class and ethnicity.

"I think it's important for all of you, young and old, to be able to read the signs of your own life. Don't live someone else's life. You can only live your life, and you only get one of them," Elgawhary said. "The only way you'll be successful and have a fulfilling life is when you have a story that's compelling that's your story. The only way that you're going to do that is if you realize that you have to be adaptive, you have to be innovative. You will find obstacles — when you do, deal with them and then move on to the next. And you will find what you're looking for." 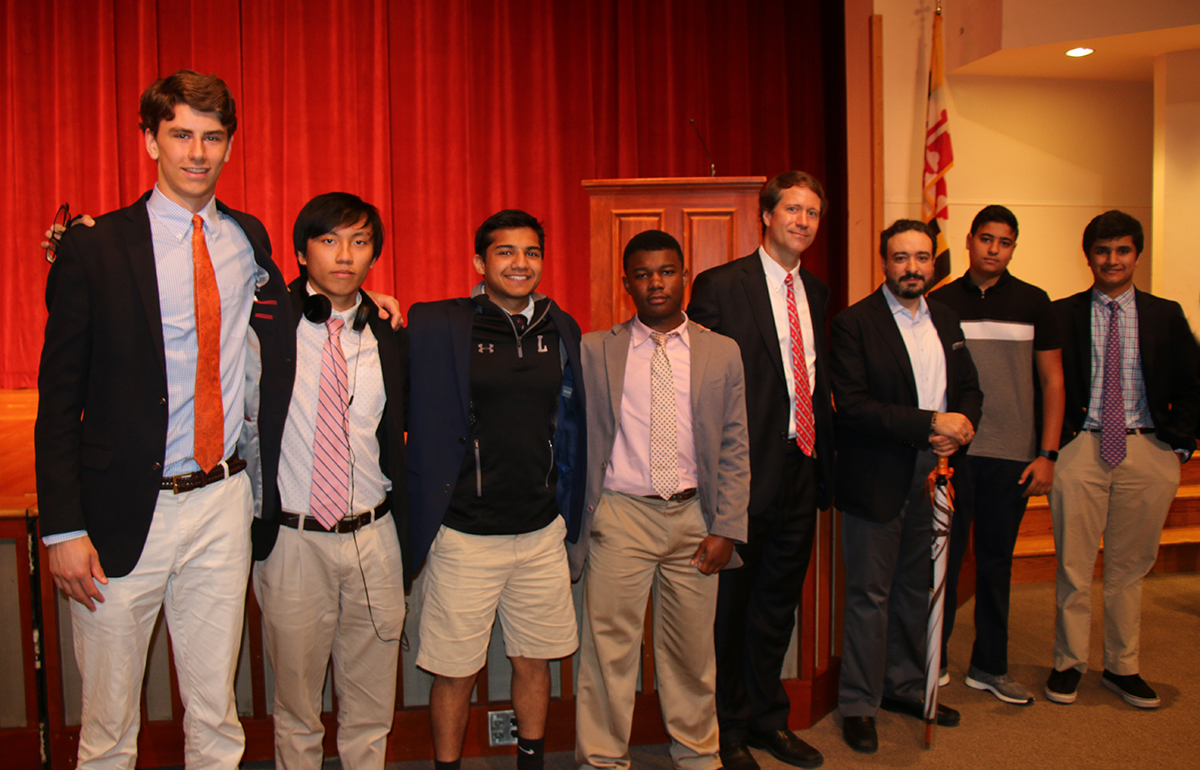 The annual Boiardi Forum for Ethical Reflection is held in honor of alumnus and lacrosse star George Boiardi '00, who passed away in 2004, and celebrates the values Boiardi exhibited as a student-athlete at Landon and afterward at Cornell University: ethical courage, humility, tenacity, inclusivity, and service to others.

For more on Dr. Tarek Elgawhary and his work, click here to read the cover story in the winter 2018 issue of Landon Magazine.