Ten student-athletes earned all-IAC honors for their work on the field, pitch, track, course and court. 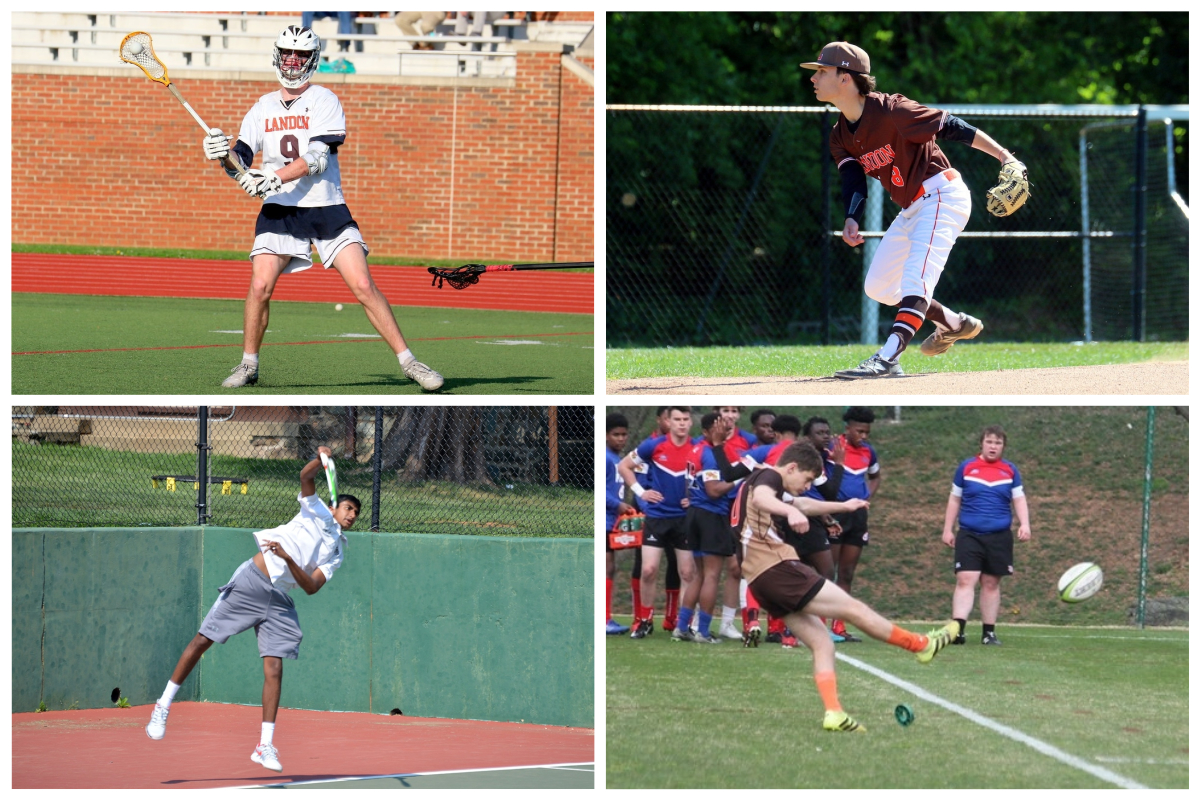 Ten student-athletes earned all-IAC honors for their work on the field, pitch, track, course and court. Here is a wrap-up of the season.

A new coaching staff and nine new players came together to finish the season with a record of 11-11. Dane Camphausen '19 (team captain) and Jake Davidson '19 earned all-IAC honors. Davidson and Jed Rosenberg '19, both of whom earned 40+ strikeouts and ERAs under 2.20, led a strong senior pitching staff. On the batting side, Camphausen, Jack Cope '20, and Will O'Shea '19 each hit over .320 for the season.

A winning 12-2-1 record landed the Bears in second place in the league for the season, including a win against Delaware state champion Tower Hill. Team co-captain Johnny Muller '20 earned all-IAC and medaled at the Freeman Memorial Tournament, which the team won. Muller and his co-captain, Charlie Bundy '21, were inducted into the Landon Golf Hall of Fame with end-of-season averages in the top 30 of all Landon golfers since stroke play began in 1999.

Fifteen student-athletes stepped onto the pitch to play the game for the first time this season, and worked with the returning players to take the team to second place in the league. Exciting wins against DeMatha and The Heights capped the season for the Bears.

Landon's tennis team struggled with injuries this season but managed to make it to the finals of the IAC tournament as a four seed before falling to St. Stephens & St. Agnes. Three players earned all-IAC honors: Sachin Das '19, Rodrigo Pedraza Garcia'19, and Cyrus Rahbaran '20.