The senior has been recognized for his work tutoring underserved Hispanic children through the Latino Student Fund. 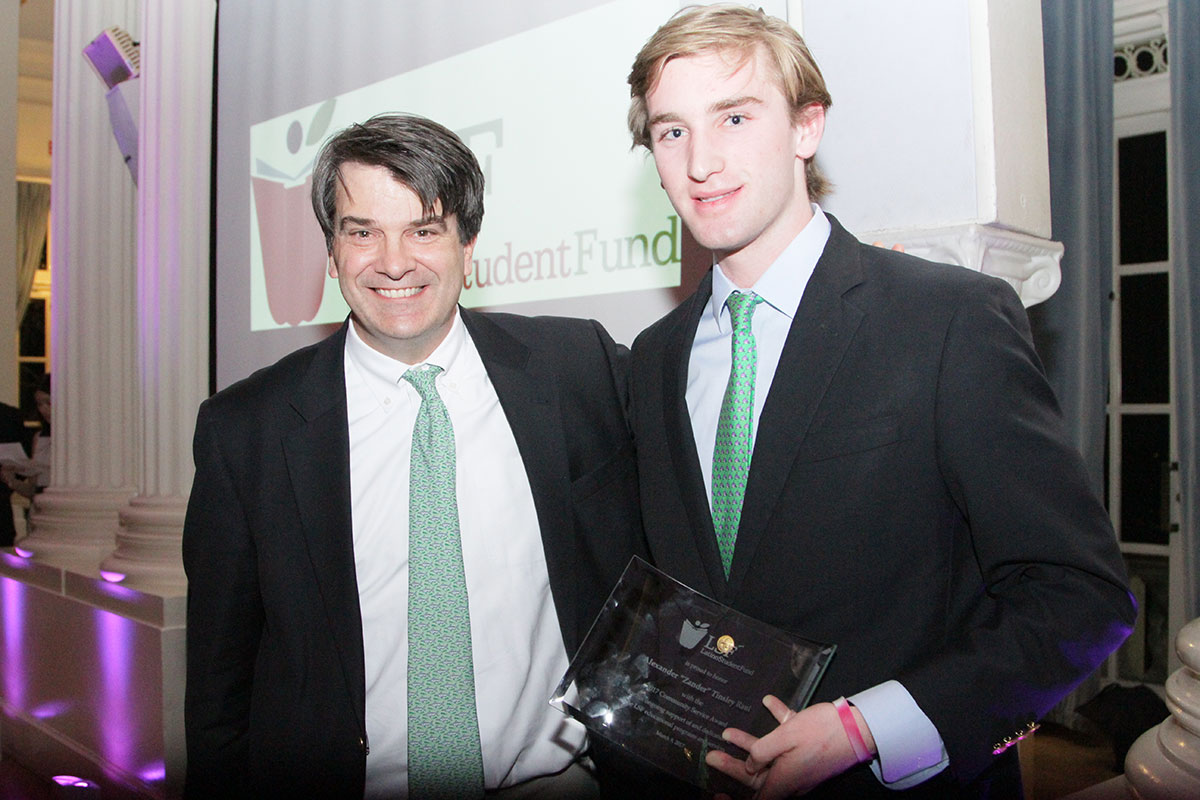 This has been Zander's routine for the past four years as a volunteer tutor for the Latino Student Fund (LSF), a D.C.-area nonprofit committed to helping underserved Latino boys and girls receive a strong academic foundation. At the LSF's 17th Annual Gala March 9, the organization recognized Zander for his dedication with the 2017 Community Service Award, which Headmaster Jim Neill presented to him. (The two are pictured together above.)

For most of his time as a tutor, Zander has worked with the same boy, Raymond, and has been awed by his pupil's progress. "The best thing I get out of tutoring is when I teach Raymond something and he realizes that he gets it," said Zander, who is Student Council president and a varsity soccer player at Landon. "It's amazing to see him understand something new and to know that I had a part in that."

"Zander really helped to bring this little boy out of his shell," said Mariana Huberman P '18 '20, who co-chaired the LSF Gala with fellow Landon parent Shannon Stichman P '20 '25. "They played Hangman to work on spelling and other things like that... Zander really made [learning] fun for him."

Zander's sister Caroline (National Cathedral School '08) and brother William '11 were also four-year LSF tutors. While the Raul family has particularly strong ties to the LSF, Zander encourages others to serve however they can. "Just doing something for the community is what's important," he said. "I've been so fortunate in life... and I am just trying to give back as much as I can."

According to Huberman, Zander's work with the LSF has inspired her boys David '18 and Max '20 to participate. "I want Zander's award to be an example to other kids that you can make a difference in the lives of others," Huberman said. "Giving back and helping the next generation is really important, and I think Zander is really demonstrating that with his actions. Someone once said to me, 'When you don't help someone live to their potential, you are taking away everything that they would bring to the world.' I think that Zander has really made it his mission to make sure that whoever he's helping goes to their full potential and gives their full potential to the rest of us."