In 1935, Landon inaugurated its summer day camp for boys aged 6 to 12 at its location on the Evalyn Walsh McLean Estate in Bethesda. Once Landon moved to its current location on Wilson Lane, the range of activities enlarged considerably. In 1953, the school completed the construction of its outdoor pool. With a new pool, Landon’s camp became one of the few camps in the area to have its own swimming facility, which contributed significantly to the camps’ growing reputation and enrollment. The Preschool Day Camp was added in 1991 and the Girls’ Day Camp was added in 1995, along with many other programs in music, arts, academics, and sports. 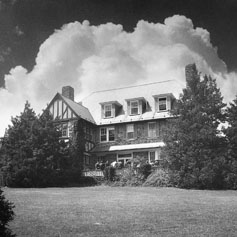