Keep up with happenings at Landon Summer by checking in with our Bear Blog, featuring entries from our parents, staff and other members of the Landon Summer community.

Why my family loves Landon Summer: by Anna Reeves 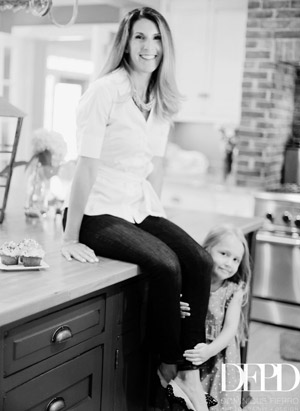 We heard about Landon Summer through a friend from school — and my daughter Sofia was only comfortable attending the same camp as her friend, so we gave Landon a try.

I was immediately impressed with the well thought-out themes each week and all of the related activities, dress-up days and sing-alongs. The curriculum really helped my daughter feel comfortable in an unknown environment. Sofia has really enjoyed the free play and the connections she has made with the counselors and her fellow campers, and she loves the exposure to unique themes. She particularly liked the many kiddie pools during free swim.

As a parent, I feel confident that the day camp provides a quality program that really cares about their campers. I am continually impressed with how safely and smoothly the carpool drop-off and pickup run. And counselors and staff are always friendly, efficient and organized. My daughter attended Landon Summer half-day Preschool Day Camp in 2013 and 2014, and she has loved it so much that she will be enrolled for summer 2015.

In fact, our family was so happy with Landon Summer after that first summer that I wanted to offer a camp through my company, Tiny Chefs — and we were proud to bring our cooking camps to Landon during summer 2014. Landon Summer Director Jamie Simon was amazing to work with: She is extremely organized and efficient, and clearly strives to provide a top-notch program to the D.C. Metro area. Jamie allowed us the flexibility to tailor our program to her needs and provided many opportunities for the mutual exchange of feedback. We are happy to offer Tiny Chefs at Landon Summer in 2015, and Sofia can’t wait for camp to start!

Why I work at Landon Summer every year: by Meredith Luther 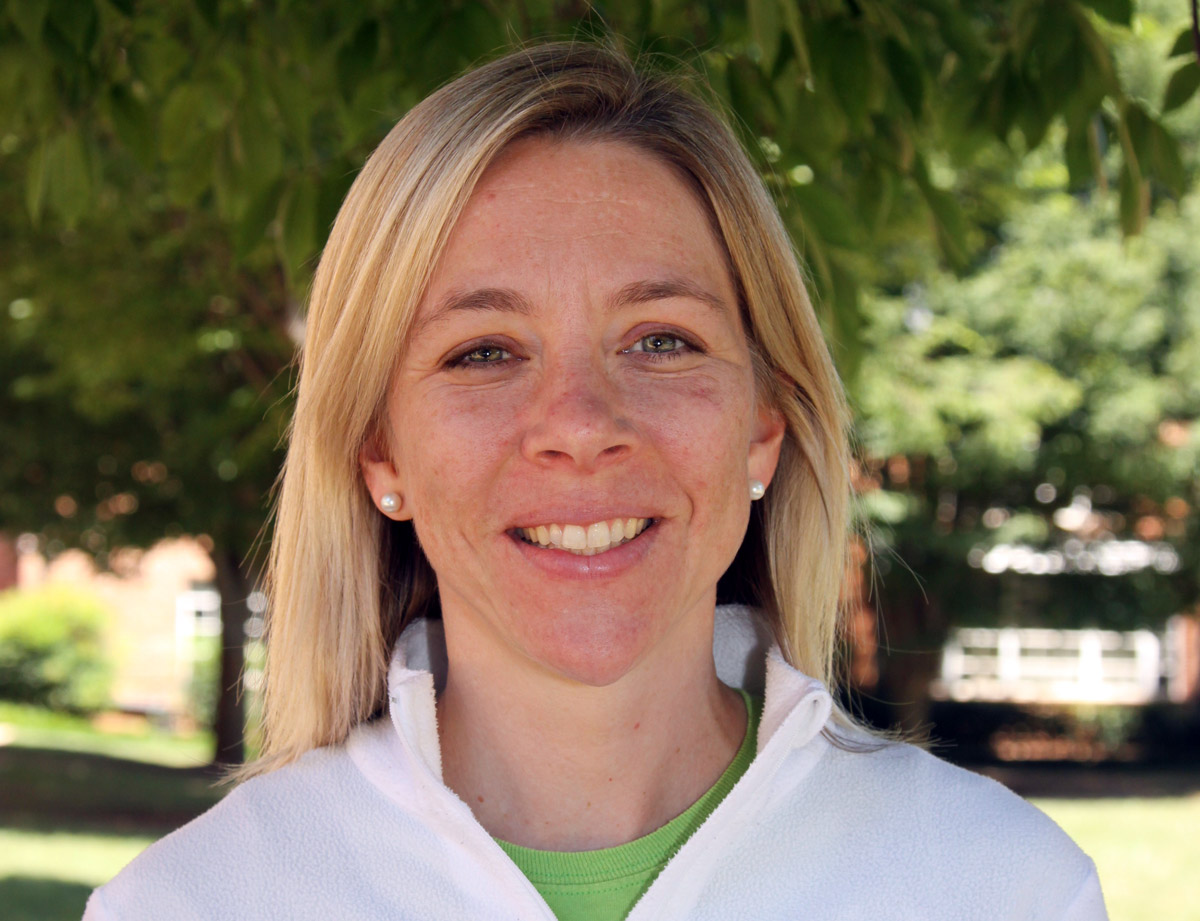 Meredith Luther, director of the Girls Day Camp at Landon Summer, wrote this blog post. Meredith has been with Landon Summer since 1996 and met her husband, Latin teacher/Associate Director of College Counseling Andy Luther, on the job. Not surprisingly, she has a soft spot for the camp — here’s why.

It’s hard to believe that this will be my 20th year at Landon Summer! In 1996, when I started as a head counselor at the Girls Day Camp (GDC), I had no idea that Landon Summer (LS) and the school would become such an important part of my life. I was in the area for the summer staying with my sister, who worked in Landon’s Development office, and my plan was to have a fun summer playing with the kids and hanging out with my sister. That all happened ... but I also met my future husband, college counselor Andy Luther. After three summers as a counselor, I was an activities teacher for seven years and, along the way, I also became Mrs. Luther. (Andy and I have been married 15 years, and he is now LS’s director of aquatics.) When the GDC’s previous director, Jackie Wyncoll, moved to the Philippines, I became the camp’s director, and this summer is my 10th in that role.

The Girls Day Camp isn’t just a summertime activity; planning begins as early as November. I work closely with [Director of Landon Summer] Jamie Simon and my camp teachers to plan a program that makes the GDC an awesome experience for the girls who attend. As a result, I love running into the campers outside of camp during the school year. On a recent trip to Target, I bumped into a family who has attended LS the past two years. Their children gave me hugs, showed me missing front teeth, and told me they would see me this summer — that's one of the things that keeps me coming back!

Something else I love about camp is working with our staff. About three-quarters of our counselors were campers when they were younger. Many of them told me during their last summer as campers that I would be seeing their application when they turned 14. Some of them have worked at the GDC for five or six years. Having a staff full of former campers is one of the many amazing parts of the GDC. These young ladies understand the importance of making each camper’s experience a positive one and they look forward to the traditions we bring back every summer: Weekly spirit days, our end-of-summer dance party and Happy Camper awards were special to them when they were young, and they love passing on these experiences to our campers.

Last summer, our 4-year-old son attended LS’s Grand Slam Tennis Camp, and he is already talking about going back again this summer! Whenever he is on Landon’s campus during the school year, he points out all his favorite LS locales: “There's Mommy’s camp, there’s Tennis Camp, there’s Daddy’s pool, there’s Mr. Gus’s bus.” People often ask me why I go back to the GDC every summer — working six weeks leaves very little time left over before I start my school year in August. I tell them all the same thing: It would be difficult not to return because Landon Summer has given me so many amazing experiences, both personally and professionally, and the people are like family.

The Landon Summer counselors are exceptional: by Sunny Walia 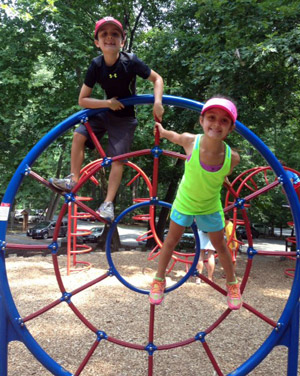 We had heard good things about Landon and that the Summer Day Camps were very sports- and activity-oriented, which we liked. We are all for computers and technical knowledge, but we wanted to balance that with having our kids be physically active.

We enrolled our 7-year-old twins at Landon Summer for the first time last year — Dylan in Boys Day Camp and Hayden in Girls Day Camp so that they could be outside and do a little bit of everything.

The Landon Summer counselors are exceptional and a real selling point for our family. In addition to being extremely nice, they are very concerned about all the campers and create a wonderful experience for the kids and the parents. And Andy Katz and Meredith Luther, who run the Boys and Girls Day Camp, respectively, are such great people.

Dylan loved so much about Boys Day Camp: playing baseball, building paper planes, and taking part in “Bow and Arrow Day,” where they had a “Water Olympics” and tug-of-war. Both of the kids loved archery. That was absolutely Hayden’s favorite part of the Girls Day Camp, and she in particular is very fond of the counselors.

The kids are both coming back to Landon this year, and I love that Jamie Simon, the director of Landon Summer, has increased the variety of the programs offered. In addition to Day Camp, Dylan is going to try Next Level Lacrosse and the Computer Coding and 3-D Printing camp this summer. He’s a little too young for the STEM (Science, Technology, Engineering and Mathematics) Camp, but I really want him to try that next year.

Hayden did the Joy of Dance: Broadway Bound specialty camp last summer — she loves singing, dancing, acting and music — and she will do that again this year. She says she wants to come back to Landon Summer every single year, and that is more than fine with me. There is just a nice, friendly atmosphere here, and we love having our kids in the programs.

A passion for experiential learning: by Jamie Sorge 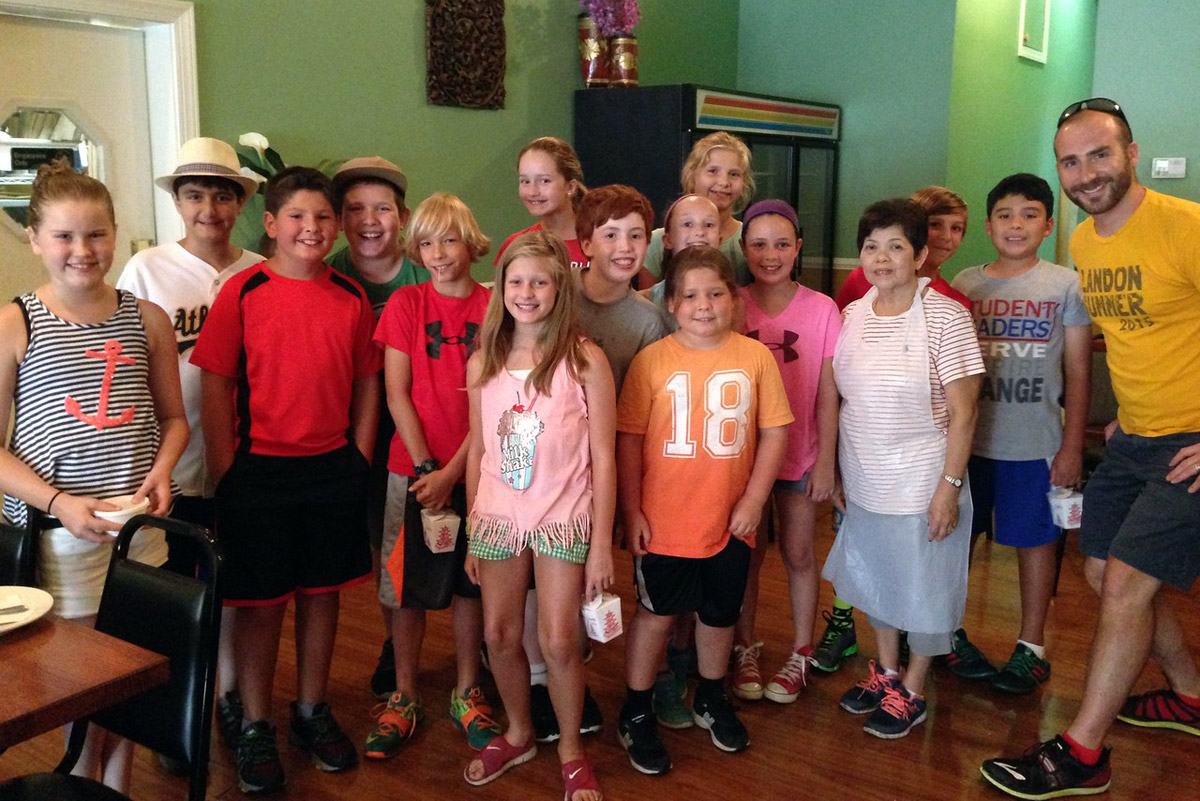 As Landon Summer 2015 comes to a close, Middle School English teacher Jamie Sorge (pictured far right) tells us about the four camps he led that gave him the opportunity to share with kids his passion for community service, nature, history, culture and — last but not least — food.

I grew up with camp and I love the idea of camp, whether it’s off-campus field trips or just running through sprinklers and playing capture the flag. So when I decided to do Landon Summer this year, I picked things I was passionate about so that I could share my interests with the kids. I thought: I’m just going to do the things I love... and who wants to come with me in a van? I came up with “Community Service Week,” “Camping & Survival Skills,” “City of Symbols: The Architecture and Evolution of Washington, D.C.” and “Restaurant Week,” which we did twice.

Although my camps are different, I feel that they are all somewhat related in that they have the same soul: They focus on learning about the environment, whether socioeconomic, historic or naturalistic, around us through firsthand experience.

For example, for Community Service camp, I had each kid pick an issue that they were interested in, and then we visited specific nonprofits in the area to volunteer and interview the professionals who work for them. One girl was interested in homelessness and hunger, so we packed nonperishable food bags for the shelter Thrive D.C. and learned about how mental illness can lead to homelessness. I think it helped the kids to see the homeless as more human, more real. 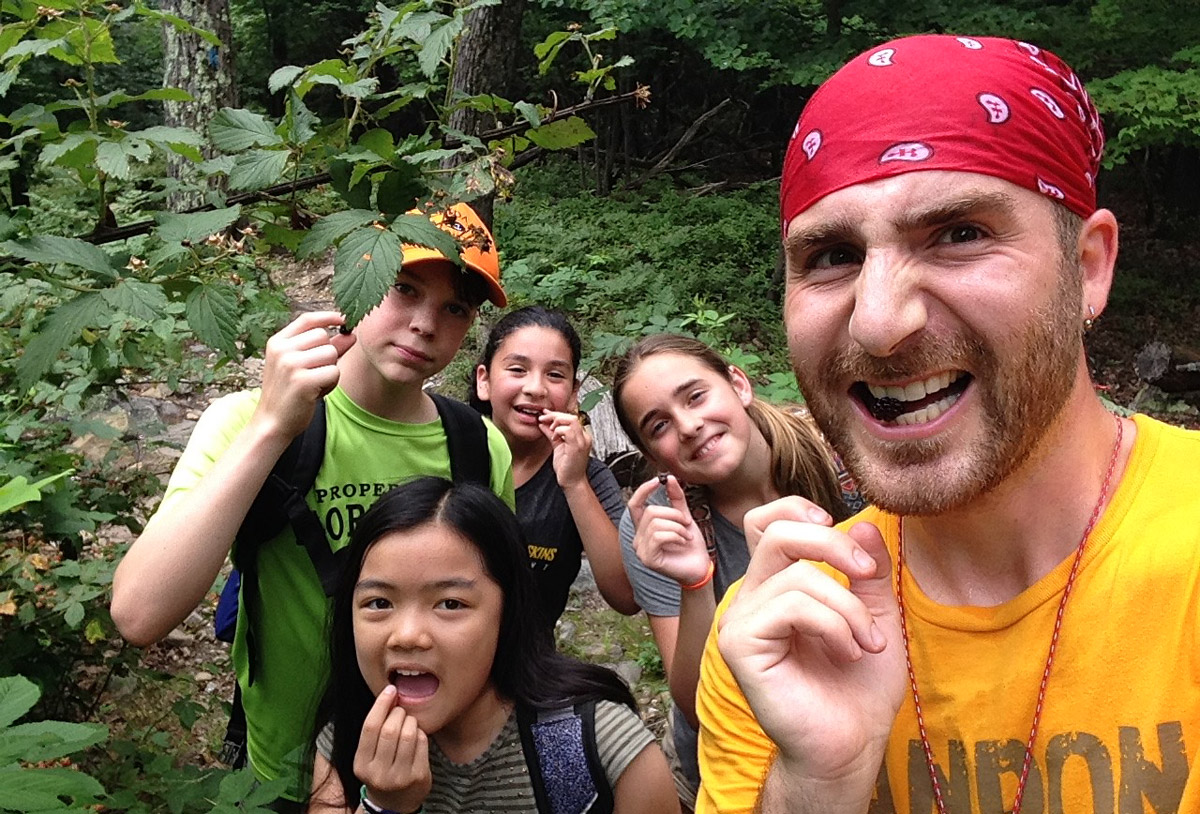 The Camping & Survival Skills camp explored some of the great outdoor environments in the D.C. area. We learned about the plants, animals, ecosystems and history of each place we visited. We went hiking and bouldering in Great Falls, Virginia, and then went over to the Maryland side of the river to hike the Billy Goat Trail. We also hiked Sugarloaf Mountain near Frederick, Maryland, learned about fire building at a camp in Rockville, went crabbing and clamming (although we didn’t catch anything) at Sandy Point Beach, and visited Anacostia’s Kenilworth Aquatic Gardens, where we saw snakehead fish, great blue herons, egrets and the most enormous lotus gardens. 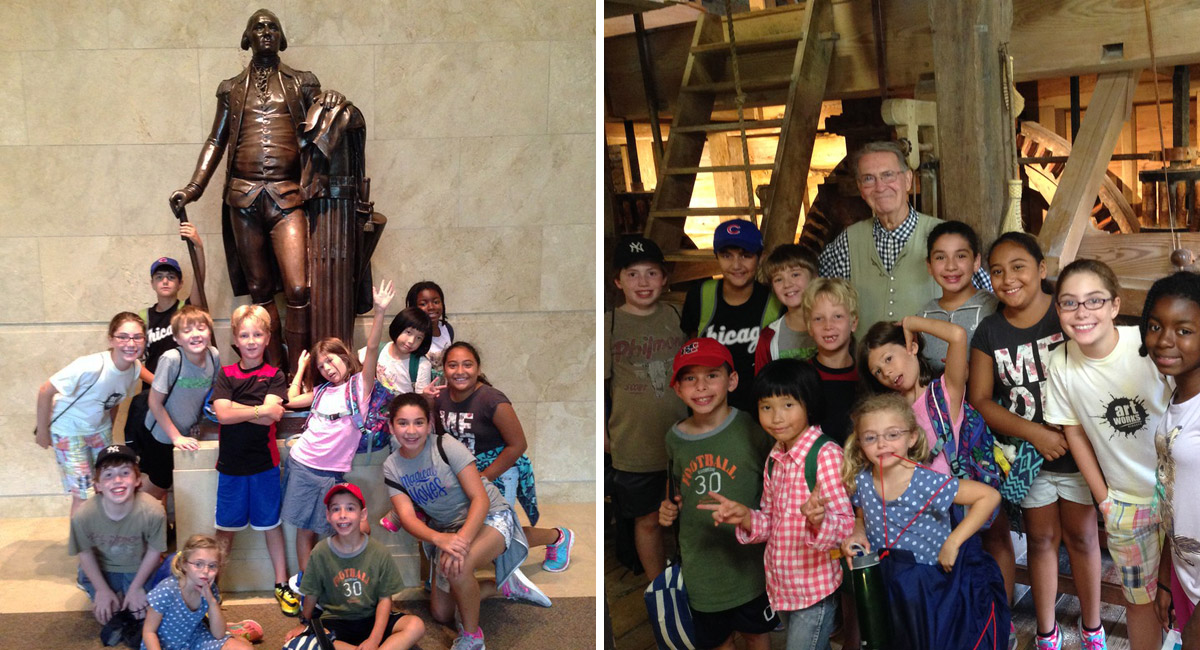 The City of Symbols camp is an expanded version of the program I did for Landon’s Mini-Mester in March. It’s about the neighborhoods and the buildings in D.C. and how they have changed over time. It is really an anthropological and cultural study of the history and culture related to that building or neighborhood. We visited Union Station, the Washington Monument, Mount Vernon, Old Town Alexandria, the National Building Museum, the U Street corridor and Georgetown, where we learned the history of the C&O Canal — which many were amazed to learn predates the city of Washington! 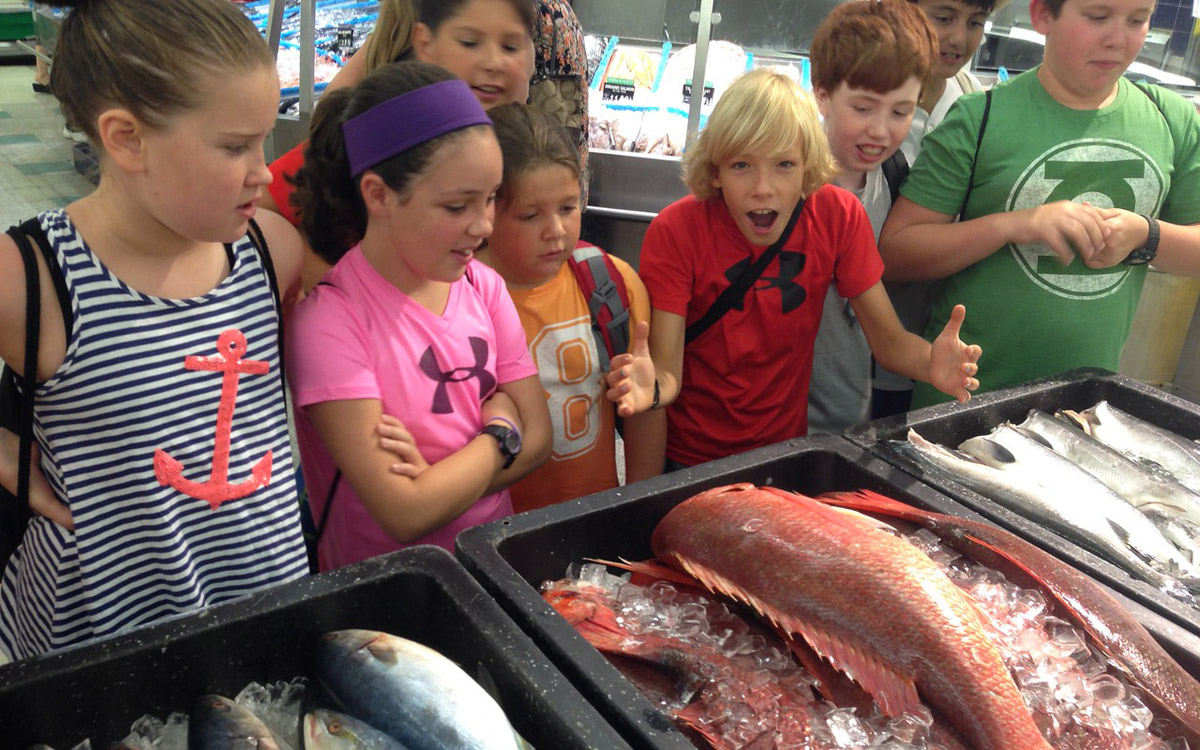 The aim of Restaurant Week wasn’t just to eat delicious food (although we did that); it was to get the kids out into different neighborhoods in the D.C. area to try a certain style of food each day... and to learn in the process. One day, the theme was Thai food, so we went to H Mart on Georgia Avenue in Wheaton and toured the whole store to make it a cultural experience. We talked about cultural sensitivity and learned how people eat all over the world. Another day, we did American barbecue and helped to season (and sample) the brisket at BCS Barbecue in Bethesda. The most culturally immersive experience of Restaurant Week and one of my favorite memories from this summer was making homemade El Salvadorian churros from scratch with Mariza, the owner of El Sabor Latino Bakery in Wheaton.

The kids had fun and learned a lot — which, when it comes down to it, is what I think camp is all about. 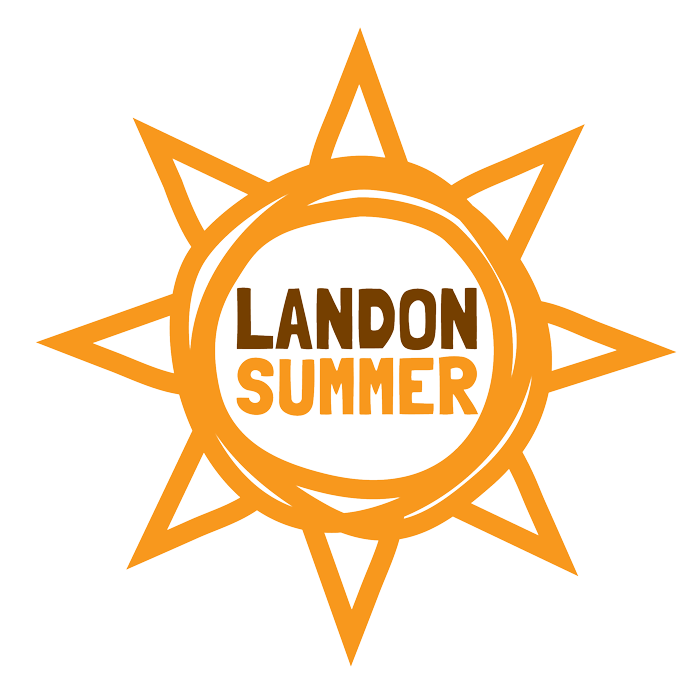