If the next generation is going to save the world, they might as well start practicing now! The World Peace Game is a hands-on political simulation that gives campers an opportunity to solve difficult and real-world problems and to explore the connectedness of the global community through the lens of the economic, social, and environmental crises. The game is played on a four-tiered structure that puts the problems of the world within reach. Campers are organized into country teams and are assigned roles such as Prime Minister, Secretary of Defense, Cabinet staff, Secretary of the United Nations, President of the World Bank, Arms Dealer, Weather Goddess, or Saboteur. We will learn about making peace, critical and creative problem-solving, leadership, determination, negotiation, and even engage in some top-secret spy work on a field trip to the International Spy Museum. This two-week session will give campers the chance to demonstrate what they already know: sometimes, kids are better at solving the world’s biggest problems than adults.

History teacher at Landon. Eliza graduated from Williams College and holds a master’s degree from Middlebury Bread Loaf School of English. As a history and political science major, she loves to explore the complexity of peace, war, and everything in between. As a college-athlete, she also enjoys activities, like the World Peace Game, that require an extreme amount of teamwork and perseverance. 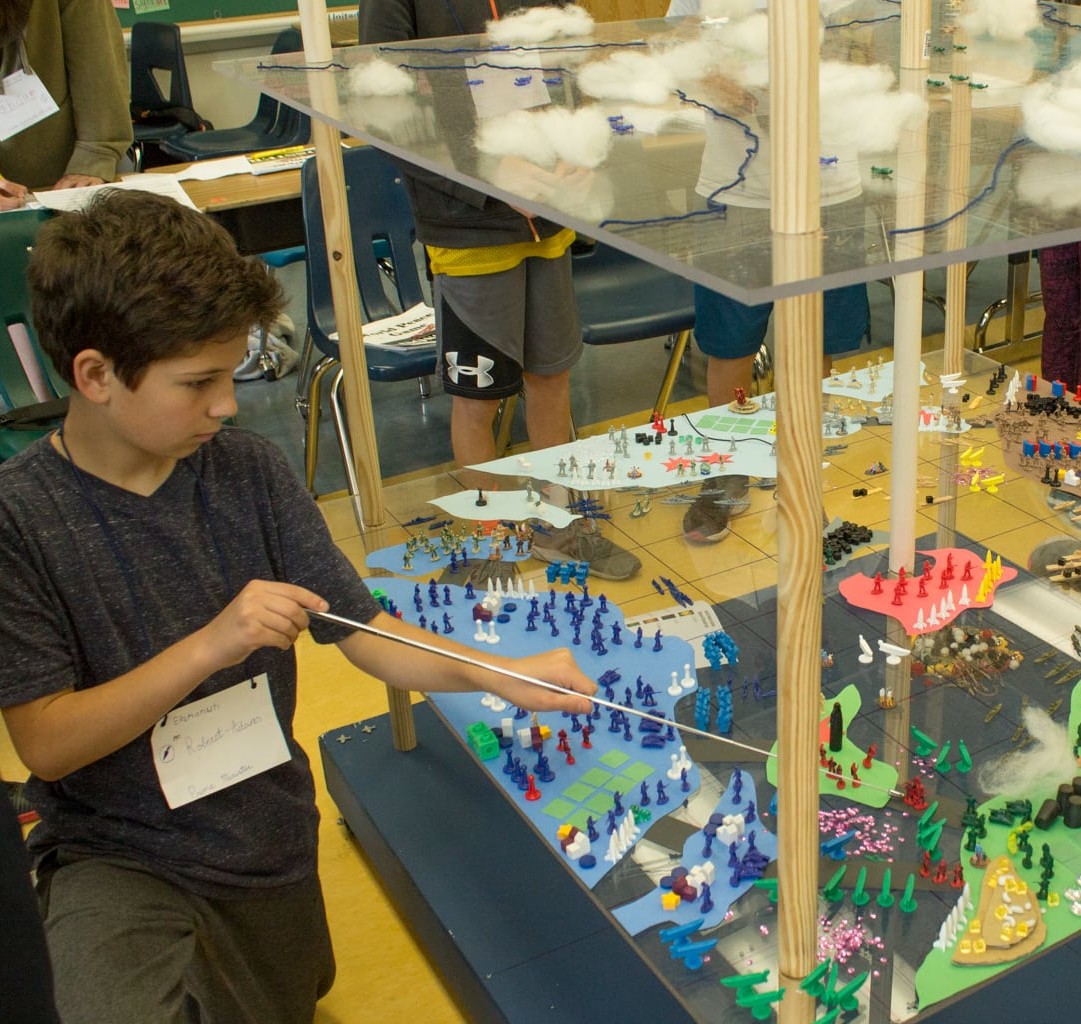